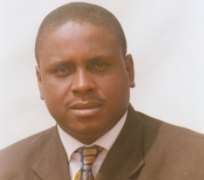 You cannot do the level of this woman’s sacrifice without provoking a tremendous divine release of abundance upon yourself. Even this type of sacrifice wakes up the dead. Look at what later happened when this woman’s son died. This particular sacrifice also woke him up. Yes!

“Some time later, the woman’s son became sick. He grew worse and worse, and finally he died. She then said to Elijah, ‘O man of God, what have you done to me? Have you come here to punish my sins by killing my son?’ But Elijah replied ‘Give me your son.’ And he took the boy’s body from her, carried him up to the upper room, where he lived and laid the body on his bed. Then Elijah cried out to the Lord, ‘O Lord my God, why have you brought tragedy on this window who has opened her home to me, causing her son to die?’

And he stretched himself out over the child three times and cried out to the Lord, ‘O Lord my God, please let this child’s life return to him’. The Lord heard Elijah’s prayer and the life of the child returned and he came back to life! Then Elijah brought him down from the upper room and gave him to his mother. ‘Look, your son is alive! He said.”

When you give your ‘last meal’ to God or for humanity, expect not just the miracle of multiplication, but the visitation of the power of resurrection. And not just the resurrection of dead bodies but also the resuscitation of dead things in your life, in your family and your environment. And today, I pray that all the dead dreams, visions, expectations, connections and contracts around you will rise again in the name of Jesus Christ! Every dead situation and aspiration, relationship in your life shall rise from this hour in the name of Jesus! That lost hope is coming back alive! Receive it in the name of Jesus!

This woman took the highest level of risk, putting her life and that of her son on line, but did not know that she was about to trigger what she would never be able to explain in her life. You know there are miracles that will always leave you dazed for a very long time? God will always want to beat our imagination and expectations in this kind of situation. There are things that God is telling you. They look too risky, but if you are sure He is the one speaking do it, and get ready for what will follow. Yes, get ready for a miraculous bang! Now, Cook that last meal!

Rev Gabriel Agbo is the author of the books: Power of Midnight Prayer, Breaking Generational Curses: Claiming Your Freedom, Power of Sacrifice and others. Website: www.authorsden.com/pastorgabrielnagbo Tel: 08037113283 E-mail: [email protected]