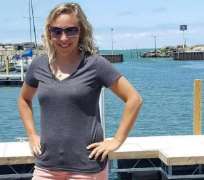 An Ohio teacher was sentenced on Wednesday to three years in prison for sexual battery after she pleaded guilty to having sex with a 13-year-old female student.

Brooke Rosendale was a fifth grade intervention specialist and a girls volleyball and basketball coach at Riverdale School in Ohio. According to an arrest report obtained by PEOPLE, Rosendale had sexual contact with the teen in January and February of 2017. The incidents did not happen on school grounds.

According to the arrest report, Rosendale was not the girl's teacher, but they had met through the school's extracurricular programs.

Rosendale, 27, was engaged to her long-term boyfriend when the incidents occurred.

In March 2017, the teen's parents reported the incidents to the school district. After the Hancock County Sheriff's Office launched a criminal probe, Rosendale resigned from her position. She has also relinquished her teaching certificate.

Rosendale was initially charged with three counts of sexual battery, a third-degree felony. Under a plea agreement on January 26, she has been found guilty of one count of sexual battery. The other two counts were dropped.

After her release, Rosendale will register as a Tier 3 sex offender and will no longer be able to work with children. She must also pay $225 in restitution to the family of the student.

In court on Wednesday, Rosendale apologized for her actions. The parents of the student appeared in court, but opted not to make a statement to the court.

“I want to apologize to the family,” Rosendale said in court. “I know I hurt them and I apologize.”

Rosendale's attorney, Peter Halleck, did not immediately return PEOPLE's call for comment, but he told the court that his client accepted responsibility for what she had done. He said that she was remorseful for her actions.

The presiding judge seemed unmoved by Rosendale's apology. Hancock County Judge Reginald Routson questioned whether Rosendale fully understood the gravity of her actions. He cited a letter that she had written to the court, which he said indicated that she minimized her responsibility and placed some of the blame on the student.

“You stepped across a line, a taboo that cannot be violated,” Routson told Rosendale. “There cannot be any sort of relationships between teachers and students and you betrayed a very important trust.