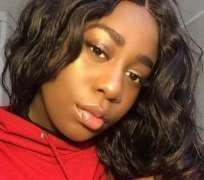 Two men have been arrested after a video of racist chants in a university's halls circulated online.

On Wednesday Nottingham Trent University student Rufaro Chisango tweeted a video of male voices chanting 'we hate blacks' and 'oh, ah, f**k the blacks' outside her room, which she says was recorded on Monday night.

The video shows Ms Chisango, who says she is the only black student in her corridor, being subjected to a barrage of racial slurs before a second woman can be heard telling the men to 'leave her alone.'

Despite saying she reported the incident to accommodation managers on Tuesday morning, Ms Chisango said she had not heard from university authorities by 7pm the following day.

Nottingham Trent responded to the video on Thursday morning, stating they had opened an investigation into the incident and that the suspected offenders had been suspended immediately.

When contacted by Yahoo News UK, the university said it didn't know how many students had been suspended.

A tweet from its official account read: 'We are shocked and appalled to see the video of racist chanting posted yesterday evening. This kind of vile behaviour will not be tolerated at NTU. Those suspected perpetrators have been suspended immediately pending a full investigation.'

Support for Ms Chisango poured in overnight, with Labour MP David Lammy urging her to call the police.

He said: 'Please contact the Police and your Member of Parliament and cc me in. All my love and solidarity.'

Many were furious the university had taken so long to act.

Twitter user ThatSoRene posted: '”Matter of Urgency”. You put out a statement today at midnight but this happened on Monday?! Save your institute any more embarrassment and find these students ASAP, exclude them and report them to the police.'

In the early hours of Thursday morning Ms Chisango tweeted:

'I just want to thank everyone for their kind messages and all the support,' she wrote.