N26m scam: I was not sent to monitor Fani-Kayode, witness tells court 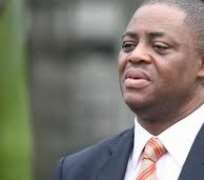 Mr Victor Ehiabhi, the first prosecution witness in the on-going trial of former Aviation Minister, Femi Fani-Kayode, on Thursday told the Federal High Court, Abuja, that he was not sent to monitor him.

Balogun said: “You were sent there to monitor and report all the activities of the defendant (Fani-Kayode) to your superiors.

“All you have come to tell this court are fabricated lies because you left the defendant's house bitter.”

Ehiabhi, however, said that he was not correct and that he did not leave the defendant's house bitter because he never felt bitter towards him.

The witness also told the court that he was deployed to provide security to Fani-Kayode, his family and property as is the primary duty of the Nigeria Police.

He further said that he was not aware that the defendant, who he had served for almost two years, had complained about his conduct to his superiors before he was withdrawn.

The witness confirmed that while being led in evidence on the last adjourned date, he told the court that he received N26 million from the office of the National Security Adviser on behalf of Fani-Kayode.

Justice John Tsoho adjourned the matter until May 22 for continuation of trial.

The News Agency of Nigeria (NAN) reports that Fani-Kayode was arraigned by the Economic and Financial Crimes Commission (EFCC), before Justice Tsoho on a five-count charge bordering on money laundering.

The ex-aviation minister was accused of collecting N26 million from the Office of the Former National Security Adviser, Sambo Dasuki and using same for media campaign, contrary to Section 15 (2) (b) of the Money Laundering Act.

He pleaded not guilty and was admitted to bail in the sum of N50 million and one surety in like sum. (NAN)