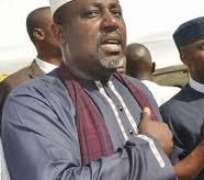 Being a Communique On The State Of The Party, Issued This Day March 7, 2018 At Imerienwe Ngor Okpala L.g.a. By The Restoration Coalition, Apc Imo State.

We, Imo APC Restoration Coalition, being witnesses to the bad, retrogressive, appalling and all the absurdities that have been taking place in our great party particularly in recent times and being major players and stakeholders of APC in Imo State decided to come together to discuss the affairs of our great party in order to save it from further degenaration. After a thorough dissection of all the intrigues at play, consequent of our meeting on March 7, 2018, at the ancient town of Imerienwe took the following profound and well articulated resolutions:

1. We appreciate and commend the diligent job, selfless services and commendable achievements of President and Commander –in- Chief of the Federal Republic of Nigeria, President Muhammadu Buhari. It is not in doubt that alongside his Team, he has been working tirelessly and fearlessly towards making Nigeria great again. True to his words, he is on the right track towards correcting the anomalies that he met on ground when he assumed office on May 29, 2015. It is our expectations that, we can be discerned from his recent actions, he is poised to correct some human errors before the expiration of his first tenure on May 29, 2019.

2. Our appreciation and Congratulation also go to the leadership of our great party, Chief John Odigie Oyegun, the National Working Committee (NWC), all the state, LGA an Ward Chairmen of APC on their deserved tenure extension by the National Executive Council (NEC). In particular, we congratulate our ebullient APC Chairman in Imo State, Dr. Hillary Ekeh and his Executive members. We wish all of them God’s special grace so as to lead the Party to a hitch-free primaries, well organized election preparations and ultimately a deserved victory at the 2019 polls.

3. It is our resolve to work harmoniously with leadership of the Party in order to deliver dividends of democracy to Imolites. We affirm our support for APC and vow we shall do everything humanly possible to ensure that APC triumphs in the 2019 general elections as we pledge to work for the absolute victory of all APC candidates for the Presidential, Governorship, National Assembly and State House of Assembly elections.

4. However, having been seeing and witnessing contemptible, despicable and condemnable happenings in our great party in the state in recent times, we are convinced that unless urgent steps are quickly taken in calling certain people to order, the APC is headed for a shameful, abysmal and colossal failure in the state in the 2019 elections - this will tragically cut across and regrettably affect the Presidential, Governorship, National Assembly and State House of Assembly chances. We sincerely, call on Governor Rochas Okorocha as the leader of the party in Imo State, to instill law, order, discipline as well promote peace and tranquility as the party gets set for the all important primaries in the state.

5. Certainly, we totally, without any reservation, condemn the clandestine Endorsements, indiscriminate Adoptions and wanton "Anointments" of certain elements in the party without due processes and without any regard to laid down procedures and respect for party leadership and discipline. It is quite disturbing that these endorsements obtained by Blackmail, Coercion and Intimidation are taking place in the hallowed orbit of the Imo State Government House under the watch of the Governor. We are embarrassed because this theatre of the absurdity, as we have confirmed, has the full backing and financial muscles of Imo State Government as the persons being endorsed, one Chief Uche Nwosu, his Son In-Law is also his serving Chief of Staff. As a matter of fact, this is an anomaly and points to a dangerous and destructive party politics of APC in Imo State. We, therefore, call our members to caution as endorsements do not frankly reflect the true picture of Imo APC. We call on Governor Owelle Okorocha to act as a true unifier, a leader to ensure a level playing field for all APC aspirants in all positions. To that effect, we reject in its entirety the endorsements of Uche Nwosu as being currently carried out in our party. This is so because these leprous endorsements have the capacity and capability of truncating and dismantling the very cord that binds us together as family. We respectfully urge Governor Okorocha to be very sensitive to the name, integrity and sanctity of Imo as an entity and the thrust, honour and dignity that go with the governorship enterprise.

6. We wish to insist that natural justice, equity, fair play and democratic norms must take their natural course as we step closer to the Imo State APC primaries and subsequently, the elections thereof. It will be politically suicidal for the Imo State Governor to emerge from Orlu zone after Governor Okorocha’s eight years rule making a total of 16 years of ORLU GOVERNORSHIP. This is improper and if imposed will be resisted by all responsible and conscientious members of the Party.

7. Finally, we align with well meaning Nigerians who have condemed the near fracas that erupted at the St. Michael Catholic Church, Ngwoma in Owerri North LGA, Imo State during the Requiem Mass of the Late Lolo Ezinne Eziada Juliana Mbata, last Saturday. It is our opinion as a party that we take exception to the insinuations emanating from the media crediting the actions to APC. That is not our Character as a Party. Nothing, really nothing can justify the rain of abuses reportedly credited to a group of people purportedly representing our great party who took laws into their hands right before the high altar of God.