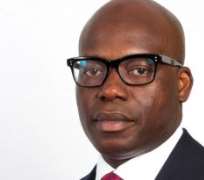 The forensic auditors have been directed to resume the probe of Oando Plc based on petitions from shareholders of the company, the Securities and Exchange Commission has said.

The Acting Director-General, SEC, Dr. Abdul Zubair, said that  based on some of the findings from preliminary investigation, the commission took steps to preserve the shareholder value of the firm and protect the investing public.

He spoke in a chat with journalists at the commission's headquarters in Abuja on Tuesday.

According to him, the decision of the commission to impose  technical suspension of the shares of Oando and the commencement of a forensic audit was part of the measures.

However, two law suits were filed by Oando and some shareholders of the company to restrain SEC and the Nigerian Stock Exchange from effecting the technical suspension on the shares.

The company is challenging the decision of SEC to appoint a team of forensic auditors to conduct an audit of its affairs.

But on March 5, Oando withdrew the pending law suit against SEC by an application heard and granted by the Court of Appeal.

The SEC DG, while confirming the development, said the application for withdrawal by the shareholders had also been heard and granted by the Federal Court on February 21.

He stated that following the striking out of the two suits, SEC through its auditor, Deloitte, would be proceeding with the forensic audit.

He said, “Oando Plc has withdrawn the pending lawsuit against the commission and granted by the Court of Appeal on March 5. Also, the application for withdrawal by the shareholders was heard and granted by the Federal High Court on February 21, 2018.

“Following the dismissal and striking out of the suits, SEC has duly informed the firm (Deloitte) to proceed with the forensic audit. The commission is committed to its primary mandate of protecting investors and will take all necessary steps to fulfill that mandate and uphold the integrity of the capital market.”

He assured all stakeholders that following the removal of the legal impediments, the audit of Oando would proceed in a transparent and thorough manner.