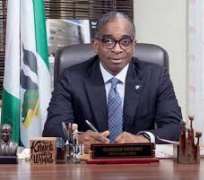 The Abuja Chamber of Commerce and Industry (ACCI) have congratulated the Executive Director/ Chief Executive Officer of the Nigerian Export Promotion Council (NEPC) Mr Olusegun Awolowo on his re-appointment in the same capacity for another five years by President Muhammadu Buhari.

The congratulatory message which was contained in a press statement form the Chamber quoted its President, Prince Adetokunbo Kayode as noting that, the re-appointment of Awolowo is a clear testimony of the present administration’s determination to drive Nigeria to the path of economic buoyancy through the non-oil sector using the agency as the navigating tool.

While calling on Mr. Awolowo to institutionalise a regular consultation with the Organised Private Sector (OPS) in other to fast track activities in the area, the President who was a four-time cabinet minister also announced the establishment of Export Trade Group (ETG) in the Chamber as its contribution towards ensuring that the non-oil sector is assisted with the right information, contacts and adequately mobilised to key into the international framework.

“Mr. Olusegun Awolowo has repeatedly demonstrated to be a man with the Midas touch. In his first term at NEPC, he was able to make Nigerian businessmen to realise that the export trade between Nigeria and other destinations is both possible and profitable. This has also earned foreign exchange for Nigeria and impacted positively on the Nigerian economy.

“The re-appointment is another opportunity for him to continue to drive Nigeria out of the mono economy and in an accelerated manner sustainably place her on the map of countries whose non-oil exports have accounted for their development. This is a sure way to implement the ‘zero oil pillar’ arrangement which was recently launched in Abuja.

“For us in the Chamber, our doors are wide open and we are always ready to contribute our ideas and expertise in order to achieve a fully diversified non-oil economy for Nigeria”, he added.

Also adding his voice, the Provost of the Business Entrepreneurship Skill and Technology (BEST) Centre, ACCI’s training arm, Prof. Adesoji Adesugba pointed out that the task of revamping Nigeria’s economy based on the National Economic Recovery and Growth Plan (NERGP) is a collective responsibility of all the critical stakeholders including NEPC and ACCI.

Prof. Adesugba who doubles as the Vice President in charge of Information and Communication Technology (ICT) in the chamber expressed delight that government has identified talented people and charged them with the responsibility of repositioning the economy which according to him is the right step in the right direction and a sure way to fully diversify the economy.

“With the track record of achievements already recorded by the NEPC under the leadership of Mr. Awolowo, his re-appointment will further deepen the mandate of the agency which is to minimize bureaucratic bottlenecks and increase autonomy among Nigerian businesses operating in the sector.

“I laud the strides by the NEPC in achieving her core mandate which is to spearhead the diversification of the Nigerian economy by expanding and increasing non-oil exports for sustainable and inclusive economic growth”, Adesugba emphasised.