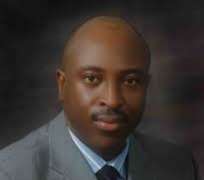 An aide to the Delta State governor, Dr Tony Nwaka, has resigned his position as the Executive Assistant and may likely run for the National Assembly.

In a post on his Facebook handle Monday titled: “TO THE NEXT PHASE: TODAY I RESIGNED MY APPOINTMENT WITH DELTA STATE GOVERNMENT,” said his disengagement was to seek the best possible way to serve his people.

Hear him, “I shall, therefore, take the liberty of my disengagement from the state government to seek the best possible way to serve the people, using the available vehicles in our democratic arrangement. In this vein, I will be guided by not only the lessons of the past but also the realities of today; especially the increasing yearning of our people for a more effective representation at the different levels of government”.

Nwaka who could not share his experiences while serving in the government of Okowa hinted “Whatever the case, permit me that I do not dwell on my experiences since the appointment. For I have learnt that in all situations we should give thanks and glory to God. He alone knows the purposes for the vicissitudes in the affairs of men. Indeed as mortal man we learn every day.

“At any rate, I once again thank His Excellency Dr. Ifeanyi Okowa, Governor of Delta State, for the opportunity to partake in his government. Incidentally, I now have to move on. I must now heed the call of my people, who desire that I re-energize my political career in a manner that will make me directly accountable to them and God”.

While appreciating his friends, he promised to keep them abreast of his next line of action, “I thank all my friends and well-wishers for their prayers, counsel, criticisms and support over the years. Rest assured I will keep you all posted on the next step forward, believing that collectively we can truly fashion a more fulfilling direction for our people.”

Meanwhile, in another post on Tuesday, The Nigerian Voice, can authoritatively reports that Dr. Nwaka, who is a former Commissioner in the administration of former governor of the state Dr. Emmanuel Uduaghan, is set to run for the national assembly.

Nwaka, who resigned from the government of Dr. Ifeanyi Okowa as Executive Assistant on Monday, has set machinery in motion to go for the exalted position in the red chambers.

In the Facebook post titled: “I have chosen to go to the national assembly,” Nwaka did not mention if he was interested in the Senate or the House of Representatives.

Hear him, “Other people see the Anioma man or woman and see integrity, vision, enterprise, self-control and excellence; they behold the attributes of a role model.

“We raise our children to manifest the finest traditions of knowledge, temperance, industry and unimpeachable moral conduct. By our natural composition, the Anioma man or woman, whether from Ndokwa/Ukwuani, Ika or Aniocha/Oshimili federal constituency, should not be the subject of unrestrained public ridicule or a reflection of intellectual docility.

“Though we clamor for our rights, we are not ill-tempered. At all times, we demonstrate the social graces of public conduct. That is the Anioma man and woman I grew up to know. The national assembly should be a conglomeration of the best from other lands.

“We must therefore put our brightest materials forward so we should not only compete favorably with the highest that other societies have to offer, but more importantly, show the world the true values, beliefs and character imparted on us by our forefathers.

“Our people deserve nothing less. We must not allow sentiments or behaviors that are strange to our nature to prevent us from actualizing our great God-given potentials as a people.

“In this regard, I shall, in the next few days, make the necessary consultations, after which I shall spell out the exact course of my proposed journey to the national assembly.”