Give Both Arts And Sciences The Same Bill! 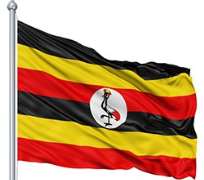 Friends, I followed with some interest Tamale Milundi's views on the government's position to financially boost more science courses at university at the expense of arts, when he was hosted at Pearl FM,Uganda.If arts programs continue to regarded as an "extra" we can live without, I'm afraid we aren't looking at the big picture here as Tamale explained,"not everyone is capable of becoming a Bill Gates.Every child has his own abilities and limitations when it comes to education".

Secondly,I don't see why so many people see schools as the only place to cultivate a taste for art or sciences. A lot of people have made discoveries outside school and they have been recognised. Schools tend to do exactly the opposite:by forcing it down young people's throats,with the teacher foisting heavy-handed interpretations and criticisms onto a subject, as well as choosing what is "good" art or science (in whose view?), and then making their students abhor subjects by turning it into homework, analysis, and drudgery.I say, just give the kids the tools (reading, writing, argument, debate, e.t.c), not too much home work and exams, then turn them loose to explore whatever they want and form their own independent opinions without helpful "guidance." They'll find what is right eventually. Just because a student has crammed and passed a biology theory exam, it doesn't necessarily make him or her a good potential doctor.The student must have passion for medicine to be a good doctor. At the moment, Uganda has produced a lot of quack doctors with PHDs who don't know exactly what they're doing. That's why, most times, someone gets a stroke in uganda and a hospital charges an arm and leg just for simply keeping the patient on exygen, yet they aren't really doing anything. No wonder, most patients end up dying!

There are two books I would like people to look out for and read. The more recent of the two books is Dinesh DeSousa's "Illiberal Education" which raised public awareness to the phenomenon of political correctness in education.The older of the two books is "Education and Human Relationships" by Rutgers University Anthropology professor, Ashley Montagu. In it Montagu proposed that the primary objective of the education system should not be to teach History,Geography, Mathematics, Science or even reading and writing but rather what he referred to as the "Art of Human Relationships" which basicly amounts to the same thing that is now referred to as "political correctness".

In a subsequent book written during the 1964 US presidential election campaign, "The American Way of Life", Montagu went further to argue that the primary emphasis in education should not be to teach "traditional subjects" but to inform students what was wrong about a politician like Barry Goldwater,(the 1964 Republican presidential candidate).Needless to say Professor Montagu's advice was heeded, North American education system's were dumbed down, the teaching of traditional subjects deemphasized and the teaching of politically correct values emphasized in it's place.A chain had effectively been placed on the brains of people who went to school in the late 20th century.

Thirdly, we shouldn't lose sight of the fact that there's a coleration between sciences and arts one way or the other. I was good at Sciences and arts at the same time during my O' levels. OK, i admit Physics practicals were a pain in the ass but I was OK with the rest. A lot of musicians have turned out to be scientists at the same time.Science is basically the production and verification of models that attempt to explain the real world. Mathematics is a set of abstractions that can be used to build such models.Go to the library and look up "The Golden Ratio" and "The Fibonacci Sequence".There are a lot of connections between these mathematical objects and the arts (especially visual). We shouldnt undermind anybody in whatever field they are good at.The government's job should be to give a chance to students to do whatever they want to do at university, not to dictate to them what the government wants them to do.