The Real Oxfam Scandal; The 52% "Overhead" Rip Off 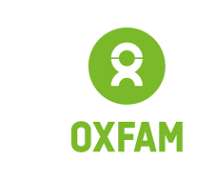 The real scandal at Oxfam is how it has spent 52% of what they collected in donations, over $160 million, on “overhead” in 2017, as in fat salaries and juicy perks. As reported here last year according to information acquired from the UN’s Food and Agriculture Organization (FAO), upwards of 400,000 Somalis, two thirds of whom were under 5, died of starvation in only 6 months, from October 2015 to April 2016. If Oxfam had only spent 25% of their cash on hand on “overhead” some $80 million could have been freed up to save 250,000 Somali children from dying due to lack of food.

A quarter million African children die of hunger while fat cat exec’s and their minions in the third world spend desperately needed food aid on “paying the mortgage” yet the international media ignores this to focus instead on sexual misconduct by these blood suckers lackeys in Haiti and South Sudan? Doesnt this put the priorities of the

Here in Eritrea, a small, struggling, socialist country in Africa, Oxfam and other NoGoodOutfits (NGO’s) like Save the Children were kicked out years ago for their theft of monies meant to help our people. If the NGO’s couldnt prove that they spent no more than 10% of their donations on “overhead” they were no longer welcome to “pay their mortgages” with funds raised in the name of helping the Eritrean people. Maybe this is why they hate us so, with the likes of the top dog at Doctors Without Borders sureptitiously supportong anti-Eritrean zealots in the European offices of “not for profit” shame.

“Never Knell Down” has been Eritrea’s national motto for half a century now and those in the business of human suffering know all to well that their days of pimping off of the desperation so many in the third world are experiencing will end when the role model Eritrea has established becomes known internationally. 10% not 52% for overhead, NoGoodOufits can keep their miserly charity if they think they can rip us off. Shame on this lot and the media that protects and promotes them.

Thomas C. Mountain is an independent journalist in Eritrea, living and reporting from here since 2006. See thomascmountain on Facebook or best contact him at thomascmountain at g mail dot com.