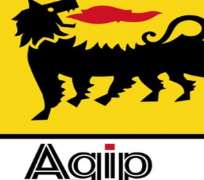 Following the order of a Federal High Court sitting in Lagos, which enforced and recognised a final award rendered at the London Court of International Arbitration (LCIA) on February 14, 2017 in favour of Nigerian Agip Exploration Limited (NAE) in respect of the Oyo oilfield in Oil Mining lease (OML) 120, the Nigerian subsidiary of the Italian firm has moved to take over the field.

Justice Hadiza R. Shagari of the Federal High Court had ordered the NAOC to take over OYO oilfield after a protracted legal dispute between the subsidiary of the Italian oil firm and two Nigerian Companies – Allied Energy Plc and Camac International (Nig) Ltd.

According to the judgment of the Court in the suit numbered FHC/L/CS/625/2017, the order was sequel to the ruling of the London Court of International Arbitration (LCIA) which arose from a dispute on a Sale and Purchase Agreement (SPA) concluded in June 2012 between Nigerian Agip Exploration Limited (NAE) as seller and Allied Energy Plc as purchaser.

In the court order signed by the Registrar, Joseph Olujoye, the judge ordered that leave be granted to the claimant/applicant that London Court of International Arbitration Final Award be recognised and enforced by the court.

Justice Shagari ruled that the court made the order “upon reading the affidavit in support of the ex-parte originating summons sworn to by Ogbene Abang, Nigerian, a senior legal officer and a staff of NAE …. and the exhibits attached thereto marked exhibits NAE 1A – NAE5 the written address in support of the ex-parte originating summons signed by Chief TJ Onomigbo Okpoko (SAN) …After hearing Chief TJO Okpoko (SAN) with Charles Ajuyah (SAN) and Eguono Erhum counsel for the claimant applicant moved in terms of ex-parte originating summons and adopted the written address filed as the argument. And the court having listened and considered the submission of the learned counsel and delivered ruling on May 11, 2017.”

Under the Sale and Purchase Agreement (SPA), Nigerian Agip Exploration Limited had transferred to Allied Energy Plc the entirety of its interests and rights in the two Oil Mining Leases 120 and 121 in the deep offshore region of Nigeria.

Payment of part of the price for the transferred interests and rights was deferred to be paid by Allied Energy Plc to Nigerian Agip Exploration Limited.

Nigerian Agip Exploration Limited filed the arbitration at the London Court of International Arbitration in accordance with the terms for submission to arbitration as provided for in the SPA.

The arbitration was finally concluded on February 14, 2017 when the Final Award was issued by the arbitrators.

The OML 120 contains the Oyo Field which is located approximately 75 kilometres from the coast in water depths ranging from 200 to 500 metres.

The Oyo Field commenced production in December 2009 and the wells are connected to the Armada Perdana FPSO, a Floating Production Storage Offloading (FPSO) unit.