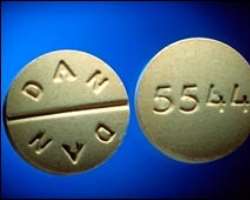 Allopurinol is inexpensive compared with some other angina drugs and appears to work by reducing the energy needs of the heart, the Lancet reports.

The severe chest pain of angina occurs when the heart muscle is deprived of blood – and therefore oxygen.

The Dundee University study involving 65 angina patients found those on allopurinol could exercise for longer without getting chest pain.

Common problem
Angina affects about two million people in the UK and is the most common symptom of heart disease.

It substantially reduces quality of life, with one in three patients with chronic stable angina having an angina “attack” at least once a week.

Effective treatments already exist, but for some patients they may not work and for others they can be too expensive.

They told the Lancet journal: “On the basis of our results, allopurinol is a useful anti-ischaemic treatment option in patients with angina that has the advantage of being inexpensive, well tolerated and safe in the long term.

“The precise place of allopurinol in the management of angina pectoris now needs to be explored further, but this drug might be especially appealing for use in developing countries where coronary artery disease is rapidly increasing in frequency and where access to expensive drugs or invasive treatments (angioplasty and bypass surgery) is often restricted.”

The researchers suspect that allopurinol blocks an enzyme called xanthine oxidase, which in turn reduces the energy used by the heart in each beat or “stroke”.

In their small study, those who received allopurinol treatment as opposed to a placebo were able to walk for 25% longer before they complained of chest pain.

Electrical recordings of the heart showed that allopurinol enabled the heart to work for longer before showing signs of oxygen starvation.

“Allopurinol has been used to treat gout for decades, so we know it's safe and it's relatively cheap.

“There are several effective medicines out there for controlling angina, but it's helpful for doctors to have another option to turn to for patients who don't respond well to existing drugs.”

He said people with angina should continue taking medicines as prescribed and talk to their doctor if they have any concerns.

“What is exciting is that it looks as if allopurinol may work by protecting the heart from oxygen starvation.

“If that is the case, then it raises the possibility that it could help the heart in other situations as well, such as after a heart attack.”