Why Does It Matter Who Enters Exam Hall First? 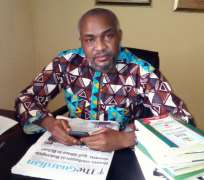 Nigerian Politician's have never disappointed the reading public with their proliferation of political gimmicks and unbelievable stunts.

There are indeed some actions that take place within the political horizons of Nigeria that are so difficult to accurately appreciate from the positive point of view whilst other tendencies that spring up amongst Nigerian politicians beggars belief. There are certain operational styles that politicians use that are so complex for the majority of observers to interprete with reasonable accuracy.

One of such intriguing developments is the ongoing debate on the recently amended Electoral Act with specific reference to the changes that were effected on the sequence of elections in the next electoral calender in the year 2019. The focus of the debate is mot even on whether the legislators have the power to so reorder the sequence of elections but the emphasis has shifted to the mundane matter of what impacts the decision could have in determining the sets of outcomes of the initial stages of the electoral processes.

This confims the apprehension amongst some observers that Nigeria is seriously bereft of statesmen but that what we have are Politicians whose only focus is on winning the next election.

The independent National Electoral Commission (INEC) has even stepped into the fray by stating that it can only work with the sequence of election only if the amendments are signed into law by President Muhammadu Buhari.

INEC had hitherto hinted that it may use legal application in the Courts of law to seek the demolition of that extensive scale of change to the sequence of election. INEC must be reminded that it is not their duty to pick and choose when to implement any amendments made to rekevant laws that relates to the ekection calender so long as the process of such legislative amendments meets the best global practices and follows the kegal precepts clearly enunciated by extant provisions of the law. The position as voiced out by the INEC's Chairman that it will only comply with the changes to the sequence of election only if the amendments are signed into law by the President.

This position of the Chairman of INEC is a red herring since the National Assembly may decide to wield its veto power to override the decision of the President not to endorse the amendments put forward by it. The Electoral commission must avoid dabbling into matters that could undermine the confidence and trust that Nigerians are exoected to have on INEC. The moment the credibility of INEC comes into grave doubts then the integrity of the Election is already compromised and jeopardised. The bone of contention should indeed be around the question of the steps taken by the legislators to reach such a determination. Does the National Assembly have the constitutional powers to so determine how elections are held in line with the provisions of the Electoral Act? Surely, he who has the power to make the Electoral Act surely has the powers to revisit or amend any relevant of such laws it created ab initio.

The National Assembly is no doubt empowered to improve extant laws and legislations for the overall benefit of the democratisation processes.

The National Assembly's most fundamental duty is the power to make or alter provisions of extant laws and statutes governing the wellbeing of Nigerians.

So the two chambers of the National Assembly then decided in their considered wisdom to effect far reaching changes to the Electoral Act and made the specific change that brings forward the Presidential election to take place first before other elections.

Since this inoccuous change was made, the political environment of Nigeria has become charged even as there is an ongoing perception being planted that these steps taken to change the sequence of election was targeted at the President who has through the Secretary to the Government of the Federation indicated his readiness to run for a second term come next year. This conclusion isn't just illogical but laughable.

Try as i can to understand why it matters which election comes first and why the supporters of the incumbent President are selling this unproductive and imbecilic dummy that the reordering of the sequence of the Election calender was targeted at the President, my fertile imagination finds it unable to articulate and understand this strange mode of reasoning.

This is preposterous. Understandably, a Senator from Plateau state accused the so called pro- Buhari Senators of collecting bribes to cause commotion. This is perhaps the only best way to analyse the underlying reason behind the clamour by some of these fringe thinkers that the re sequencing of the election dates was made to undermine the success of the APC's Presidential candidate.

How on Earth will some members of the Red Chamber stage a walk-out in protest against the adoption of the report by the Senate and House of Representatives Joint Committee on the Amendment to the Electoral Act.

According to the protesting Senator’s, despite the adoption of the report by the Senate, they would insist on its reversal. Why do you think you want to achieve by reversing through unconstitutional means the amendments that followed due process? Senator Useni of Plateau state couldn't be more pungent when he stated that the alterations are already a concluded and democratically decided making it impossible to over turn.

 The protesting lawmakers also made a very wild and unsubstantiated allegation that the amendment was targeted at President Muhammadu Buhari are indeed carrying this joke very far.

How is the reodering of sequence of election meant to harm the electoral fortunes of the President? Why does it matter who enters the examination hall first and how does it mean that he who goes for election first will surely fail to carry the day?

Thes political confusionists have so far failed to adduce convincing evidence to state that the reordering of the election sequence is adversarial to the President.

As as the Chairman of the Senate Committee on the Independent National Electoral Commission, Senator Suleiman Nazif, had presented the report at the plenary, the less than one dozen Senators reportedly walked out and threatened to overturn the decision of the majority in a democracy even when the primary principle of democracy is that the opinion of the majority carries the day and the minority will inevitably have their say.

It is so clear that the hierarchy of the Senate complied with global best practices because the Senate President, Bukola Saraki, had after receiving the report, put the adoption to voice vote.

Saraki said there was no need for debate on it as it was from a conference committee which had harmonised the versions of the two chambers.

 After the vote, the ‘ayes’ had it and Saraki ruled on it — a development that generated an uproar in the chamber.

The Senate President also ruled against three senators who raised points of order to protest against the adoption.

For me i see the reactions trailing this amendments to the expression of fear by those who clearly have seen that the party holding sway as the national ruling party has failed to deliver the promises it made to the electorate which swayed the votes ib its favour. A student who has prepared adequately for an examination shouldn't be seen arguing about the sequence of the papers he is expected to write. By the way, it is better for a well grounded student to be examined first and foremost before all others if indeed that student is worth his/her onions.

My candid take is that President Muhammadu Buhari should be ready to abide by the due process of the law and shouldn't be seen crying over which election comes up first because it doesn't really matter whether the Presidential election comes up first or the other sets of election. What should preoccupy the mind of anyone who wants to run for office for a second term is to answer the simple interrogation-: Have i performed creditably?

*Emmanuel Onwubiko is the Head of the Human Rights Writers Association of Nigeria (HURIWA) and [email protected] ; www.huriwanigeria.com ; www.huriwa.blogspot.com .