Bill and Melinda Gates Release 2018 Annual Letter: "The 10 ToughestQuestions We Get" 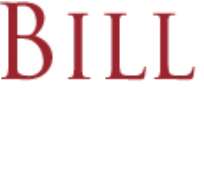 SEATTLE, United States of America, February 13, 2017,-/African Media Agency (AMA)/- Today, Bill and Melinda Gates share their 2018 Annual Letter , "The 10 Toughest Questions We Get." In this year's letter, the tenth one that they've written, Bill and Melinda respond to 10 tough questions they've received over the years from nonprofit partners, government leaders, the general public - and supporters and critics alike.

They open the letter by noting that while the majority of headlines focus on the negative, they see a world that's getting better, citing that the number of children who die every year has been cut in half since 1990 and extreme poverty has declined by nearly half in just 20 years.

The letter also includes tough questions that are relevant to their work in Africa, including questions about the foundation's influence and why they are giving away their wealth.

In relation to their work in Africa and other regions, the co-Chairs of the foundation were asked whether they were imposing their values on other cultures. In their answer, Bill and Melinda outlined their commitment to listening and learning from their local partners in an effort to avoid the mistakes of past development programs, and the shared common values that unite the world.

"We're acutely aware that some development programs in the past were led by people who assumed they knew better than the people they were trying to help. We've learned over the years that listening and understanding people's needs from their perspective is not only more respectful-it's also more effective," said Melinda Gates.

"The idea that children shouldn't die of malaria or be malnourished is not just our value. It's a human value. Parents in every culture want their children to survive and thrive," said Bill Gates.

The 10 questions in the letter touch on a variety of topics ranging from education and climate change, to politics and partnership. To read the letter in its entirety, visit www.gatesletter.com.

To watch and download videos of Bill Gates answering tough questions related to the foundation's work in Africa, follow this link .