Timing And Duration Of Salat 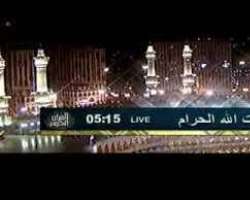 All Praises be to Allah SWT who Has ordained Salat as an act of worship upon His servants, Blessing and Salutations be upon Muhammad SAW who taught the Ummah how best to perform the Salat. We ask Allah SWT to forgive our sins and transgressions, guide us on the Straight path and bestow on us mercy from Yourself and facilitate for us our affairs in the right way.

I do not intend to write a long preface, but I wish to make a brief explanation of my reasons for undertaking this work. Due to the importance of Salat, many books have been written in the past about it by different Ulama from different part of the world, May Allah reward them abundantly for their efforts. Due to the forgetful nature of man, I think it is important to remind myself and the Ummah about the virtues of Salat.

The Prophet SAW left no stone unturned, he taught us how to do everything including how to eat, how to talk, walk, relate with non-muslims, how to dress to mention but few; what do you think of Salat which is one of the pillars of the religion, definitely there must be virtues, principles, laws and conditions guiding Salat.

I will like to write about the aforementioned aspects of Salat. I am however sustained with the conviction that the readers will overlook my shortcomings and treat them with indulgence.

Salat is one of the main obligations which Allah SWT has ordained on His servants. It is the first act of worship decreed on Muslim Ummah and the second of the five pillars of Islam after proclamation of Shahadah.

Salat is enjoined on Muslims as act of worship by Allah SWT as mentioned in some verses of the Holy Quran: ‘’ Perform As-Salat and give Zakat and bow down your heads with those who bow down (in worship)’’ Baqara 2:43.

The importance of Salat has also been expressed by the Prophet SAW in many of His hadiths. ‘’ What lies between a perfect and disbelief is the leaving of prayer.’’ (Muslim)

‘’The obligation which separates us from them (the non-believers) is the prayer and he who renounces it become a disbeliever.’’ (Muslim)

After introducing salat and some of its virtues, I will move to some of its pre-requisites i.e. conditions before prayer (Shuruudus salaah) and some of its laws and principles. There are a number of conditions which need to be fulfilled for the prayer to be valid which include Acceptance of Islamic faith, Anniyyah, purification, concealing the private parts, facing al-Qiblah, sanity, timing and so on. But I will like to discuss extensively on timing not because the rest are unimportant or less significant but because it is the one condition which is most violated not intentionally but ignorantly.

Prayer timing are to be observed in their prescribed time as said in the verse of the Holy Qur’an ‘’Verily prayer is ordained on believers at prescribed time’’ (Nisaa’ 4:103). Also ‘’Perform As-Salat from mid-day till the darkness of the night and recite the Quran in the early dawn. Verily, the recitation of the Quran in the early dawn is ever witnessed’’ (Isra 17:78). The only way to know such prescribed times is to follow other verses of the Holy Qur’an and Hadiths of the prophet S.A.W. Though each prayer has its own Mukhtar (period) which Salat should be performed within that periods, but it is laudable for some Salat to be performed at the beginning of their time and others to be delayed towards the end of their period.

Below is a verbatim of timing, period and duration and what is most laudable between performing it immediately and delaying it.

Laudability: Fajr should be alternately performed at the beginning of its time or delayed sometimes (Bukhari 516 & 535).

Period: The period of Zuhr prayer starts when the sun passed the meridian/zenith to the beginning of Asr prayer (Muslim 1258, 1259, 1260).

Laudability: It is most preferred to delay the prayer until extreme heat passes away (Bukhari 602, 624 & Muslim 1285).

Duration: Recite about 30 verses for the first two raka’ats (Muslim 911).

Duration: Recite about 15 verses for the first two raka’ats (Muslim 911).

Period: The period of Maghrib prayer starts immediately after sunset and extends till twilight is about to disappear. Twilight is the reddish light in the sky after the setting of the sun (Muslim 1258, 1259, 1260).

Laudability: Maghrib prayer should be performed immediately after sunset i.e. the beginning of its time, though a little delay is allowed for awaiting of prescribed Imam (Bukhari 613), waiting for more people to come and nawafil is allowed (Bukhari 598, 600) but not compulsory between adhan and iqaamah of Maghrib prayer for those that wish provided that it will not lead to extension of the salat outside its period because Maghrib prayer has the shortest duration (Bukhari 534 & Muslim 1329).

Duration: The Prophet have been reported to have recited Dur (Muslim 931).

Laudability: It is most preferred to delay Ishaa’ prayer towards the end of its time i.e. one-third of the night if you are to perform it alone but don’t inconvenient people by delaying it because they may be tired after vigorous/tedious daily activities. Therefore perform Ishaa’ prayer at a convenient time depending on your followers within its period (Bukhari 513, 540 & Muslim 1334).

In conclusion, it is however important to note that they asked the Prophet SAW which deed is the dearest to Allah; He replied ‘’ To offer the prayers at their early stated fixed times’’ (Bukhari 505). The Prophet also stated when anyone of you leads people in prayer, he should be brief for among them are the young and the aged, the weak and the sick. But when one of you prays by himself, he may prolong as he wishes (Bukhari. 943).