Help, Fulani herdsmen are planning to attack us again, Taraba elders cry out 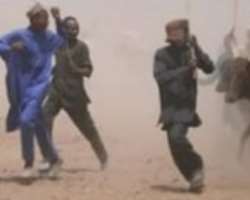 Concerned Elders Forum (CEF) of Taraba State has alerted the nation  of fresh plans by Fulani herdsmen to strike in some communities in Takum Local Government Area of the state.

According to members of the forum,  kidnapping and killings are now a routine, while southern part of the state was clearly under serious security threat.

The CEF alert was conveyed  in a statement by its President, Elder Joshua Ande, and was made available to journalists in Jos.

Ande said local people have sighted a helicopter carrying weapons, while Information at its disposal reveal that Fulani herdsmen were “ready with weapons they received from the chopper and are now ready to strike.”

The organisation, particularly said that Takum Local Government Area had become unsafe for citizens, adding, “Takum has become a killing field even with a barrack in place.”

The elders said, “We are worried that the security agencies do not seem perturbed by happenings in Taraba state, especially Takum LGA where the security concern has reached the level of Red Alerts. Daily stories of kidnapping and killings are now almost a staple. The southern part of the state which is nearer Benue state and shares border with some of the crisis areas of Logo and Guma LGAs, where Fulani herdsmen recently engaged in acts of pogrom, are clearly under serious security threat.

“Since then, our people have witnessed all sort of brigandage and criminality around the the area. Locals reported they saw an helicopter carrying weapons. Nobody gave this any serious hearing at the top. No statement on that from the security agencies. Before this strange episode that happened in Jibu, Takum LG witnessed one of the most horrendous acts of terror in its history.

“A member of the House of Assembly, Hosea Ibi was kidnapped and killed. Late Ibi was picked near the military barracks in Takum. This has raised fears that even around the military fortress, people are no longer safe. This is a barrack with soldiers; yet, gunmen are having a field day. Barely days after the burial of the late legislator, gun men attacked Takum LG chairman. A lady was killed in the attack. Yet, the barracks and its soldiers looked on.

“The following day, an Igbo trader was kidnapped near the barracks. Again, his fate is unknown now. At Manya too, near the same barracks, another man was killed. Takum has become a killing field even with a barrack in place. So what's the point having a barrack if security can not be guaranteed?

“Our plea therefore is to either investigate all of these or replace the Commanding Officer of the Takum barracks. He has failed to provide necessary security. He must be made to explain all that is happening here.

“Also, the government's claim that it has been calling for a beef up of the military must be investigated. Because what we are learning is that the Fulani herdsmen are ready with weapons they received from that chopper and are now ready to strike. This is an SOS, we don't want to start sounding like Governor Samuel Ortom who showed letters that were ignored when he was crying for help.”