Liverpool Back to Winning Ways in Style, Swansea Beat Arsenal 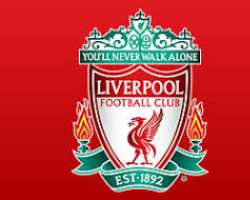 Emre Can Opened the scoring for Liverpool in the 26th minute,Firmino added the second on the stroke of Half Time to give the reds a 2-0 lead in the first half.

Mohammed Salah put the icing on the cake when he converted from the spot to score his 19th EPL goal of the season.

Arsenal lost 3-1 to Swansea despite taking the lead through Montreal in the 33rd minute before Sam Clucas restored parity for Swansea a minute later to ensure they share the spoils in the First Half.

The Second Half produced plenty of goals as Petr Cech's error gifted Jordan Ayew the chance to give the Welsh team the lead in the 60th minute.

Sam Clucas completed his job for the night by adding his second goal of the day in the 86th minute to kill the Gunners faint hope of getting something out of the match.

Swansea New Manager, Carlos Carvalhal has only lost one of his first 8 matches,he has also beaten Liverpool and Arsenal in his last two league matches.

West Ham and Crystal Palace played out a 1-1 Draw at the Olympic Stadium, Benteke gave the Eagles the lead in the 24th minute, veteran West Ham star , Mark Noble cancelled out benteke's strike when he converted from the spot.