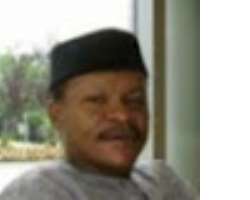 With its near weekly announcements of the release of what it unconvincingly claims are ‘reformed’, ‘de-radicalized’ and ‘rehabilitated’ Boko Haram terrorists, the Muhammadu Buhari-led Federal Government of Nigeria has just sneaked through media houses what it feels will ostensibly pass-off as it’s alibi in the event of an expected bloodletting of apocalyptic proportions across Nigeria’s predominantly Christian idle Belt and Southern regions.

Nigerian newspapers have been awash with a report allegedly submitted to the Presidency, wherein the Department of State Security (DSS) is said to have notified the President of the discovery of Islamic State of West Africa (ISWA) networks and terrorists who have in been ‘sighted’ with some ‘apprehended’ in Benue, Kogi, Edo and other locations in the idle Belt and Southern regions of the country.

ISWA in Christian dominated areas? Really? And what has the leadership of the Immigration Services, DSS, National Security Agency (NSA), Nigeria Police and all other security agencies charged with checking the influx of foreigners into Nigeria and ensuring the security of the contraption been up to? When it is realized that for the very first time in the annals of the Nigeria’s history, all the security organizations are headed by Muslim Northerners who were all appointed by Nigeria’s extremist-leaning Muslim ruler, Muhammadu Buhari, who had in earlier times stated that “I will continue to show openly and inside me the total commitment to the Shari’a movement that is sweeping all over Nigeria...God willing, we will not stop the agitation for the Shari’a in the country”.

Are the 'reports' gaining momentum of the 'sighting' of ISWA terrorists deliberately planted to show 'we are doing our best' and 'this is all part of the global terrorism issue'?.

The above scenario coupled with the Buhari-led administrations fatalistic insistence on compelling/forcing all component Nigerian States to appropriate communal and or private lands for the establishment of ‘Cattle Grazing Colonies’ to assuage so-called Fulani Herdsmen bloody clashes over grazing lands is heightening expectations of a brutal crackdown on hapless citizens, particularly of the idle Belt and Southern States who have shown clear aversion to such interference with their properties.

Indeed with the lacklustre lackadaisical response of federal security agencies to the continuing acts of ethnic cleansing in rural areas of Benue, Taraba and Adamawa States, where the victims have been predominantly Christian/animist villagers, the projections that must be made with the news of ISWA infiltration deeper into the Middle Belt and Southern regions are quite, quite dire.

With objectives on all fours with each other, it is now becoming pertinent to wonder if there is any difference between Boko Haram, the Fulani Herdsmen terrorists and the so-called Islamic State of West Africa (ISWA). Are they same but acquiring different appellations to suit different regions and sub-objectives?

It’s not going to be only Nigeria. For these characters to succeed in Nigeria, the cost will be extremely high in terms of human lives, as it will be extremely bloody. In addition, it will put the entirety of sub-Sahara Africa within easy reach of extremist Islamist terror.

An immediate holistic restructuring and renegotiation of the Nigerian contraption will go a long way to eliminate these worries.