I will not support Buhari's re-election bid: Ghali Umar Na'Abba 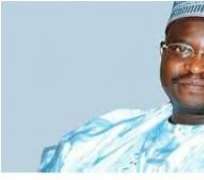 Former Speaker of the House of Representatives, Ghali Umar Na'Abba, has disclosed that in November 2017, President Muhammadu  Buhari told members of the All Progressives Congress (APC) Board of Trustees (BoT) that he would seek re-election in 2019.

Na'Abba who is a member of the board vowed not to support Buhari's re-election bid because the president “has not added even an inch of value to democracy.”

In an interview with Osasu Igbinedion, the former speaker accused the president of running a “one-man” government.

He said Buhari does not consult party members before taking decisions because he “considers them to be evil.”

According to the  News Agency of Nigeria (NAN),  the former Speaker said: “I had the occasion to sit down with the president and tell him this is what is wrong. And all he told me was that things were wrong before but now, with his election, everything is right. And I was very, very disappointed.'

“A lot of people campaigned, supported him and elected h im for one reason or the other. I decided to move back to APC from PDP to support him because from his utterances, I believed he wanted to add value to democracy.

“And this is three years into his administration, he doesn't work with the party, he regards party members as evil, he doesn't consult with anybody in the party and I am a member of the Party BoT even though we don't have it officially.

“The last time we had a meeting with such a board was in February 2016. Such meeting was called again in November 2017 when he decided he wanted to get re-elected and he needed us.

“He promised to reconstitute the board. Before, he refused to do that because he thought politicians are responsible for all the evils in this country. He also promised to increase the number of ministers.

“In a nutshell, the president has not added value to democracy by an inch.”

Asked if there was a chance that the APC would field another presidential candidate other than Buhari, Na'Abba said some party members h ave hijacked and pocketed the party.

He distanced himself from those endorsing the president for a second term.

“Nigerians have chosen democracy as the system within which they produce their leaders, and that any president who comes must ensure that the democratic architecture is improved substan tially because it has been weak, it is still weak and will continue to be weak.

“After I told you that I am not going to support him or not, I want you to understand my reason. Today, we have no internal democracy in the country and the quality of leadership has been failing.

“Democracy, economy and society have not grown since 1999 and this i s as a result of this tendency. An d I have children, grandchildren and it is only when there is democracy that every Nigerian can make it in life.

“There is no way I can support him.
“They said they have endorsed him to contest. I am sure they did not ask the opinion of anybody since they have put the party in their pocket,” he said.