A Nation at War With Itself. 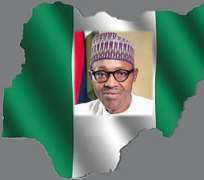 Nigeria is supposed to be a beautiful country. It actually flows with milk and honey as it is blessed with abundant natural resources like almost no other nation on earth except for the Congo, but---it is a nation at war with itself. At different times in the lifecycle of our nation, beginning from Independence, we have managed to contrive one crisis after the other but somehow, when we get to the precipice, we manage to find a way from falling over into the abyss. It is instructive to note that pre-independence, we appeared to have forged a common front perhaps because we had a common enemy to get rid of—the British.

They have been gone for 57 going on 58 years and in this period, we have had the Western Regional crisis; we wobbled on to the January 1966 coup, which by its failed execution turned out to be suspiciously lopsided, therefore exacting a revenge coup which foisted on us a group of young officers who went on to exercise power more or less for the next 29 years after precipitating a civil war that lasted three years thus creating a break in democratic growth. It is no wonder that these long years of military rule have made us into a certain kind of people.

One of the things it did for us negatively was the enthronement of a culture of impunity. Military governors held sway and trampled the Press as if they were needless irritants. Journalists were treated like children and caned or thrown in jail. I was a young teenager when Amakiri was ordered to be flogged by Diete Spiff, Governor of Rivers State. Give it to the Nigerian Press. No government has been able to prevail over them, not even the most dreaded of them, the Buhari/Idiagfbon regime. For them, there were no pretences.

The Press was a nuisance. They required trampling with ignominy. When asked what he would do with the Press, a young Buhari, fuming had declared—“The Press, I will trample them” He was incensed at the reportage over the alleged missing $2.8 billion dollars Oil money during his tenure as Petroleum Minister in the 70s. He therefore wasted no time in passing Decree 4 of 1984. He was a man in a hurry, a man on a mission of revenge. Unfortunately, revenge or vengeance is not a high virtue. Unfortunately.

I say unfortunately because in this country, narrow self-interest has always been our bane. In the prism of narrow self-interest, we draw an US versus THEM picture for the followership to swallow. The result is that we then begin to waste precious time in our natural parliaments, Beer and Peppersoup parlors arguing for and against what is going on instead of being united against our common oppressors, bad, greedy, thieving and uninformed leaders in government.

When Muhammad Ali refused to sign up to go to Vietnam, he put it simply, “I ain’t got no problem with them Viet Cong. No Viet Cong ever called me Nigger.” Ali had gone to the Olympics where he whipped the Russians and Poles and everyone else in his pathway to win a Gold medal for the United States but he returned home to a country in Louiseville, Kentucky where he could not eat in certain restaurants because he was black. Why then should he go and fight to defend a system that did not recognize his humanity as an equal. That is what is at the crux of the Nigerian dilemma and inability to begin the journey to greatness. Every January, the President of the United States gives a State of the Union address. Almost without fail, every address, every year begins with the line---The State of the Union is strong.

In a recent gathering where I had to address a group of people, I gave members of the crowd an opportunity to speak to the state of our nation. To a man, everyone echoed the same sentiment. Some went to the extreme of calling Nigeria useless. When I asked them to raise their hand if they would defend the country against an external aggressor, every hand was down. Any wonder that Boko Haram still lingers?

Over 350 ethnic groups from the borders of the Sahara to the coast of the Atlantic were amalgamated and given to us as a free gift. We did not have to fight a series of wars to build a large and rich country. Unfortunately, we have been unable to forge a nation out of this free gift. Instead, we keep doing things to chip away at the foundation of a powerful, resourceful and potentially great nation. Contrast this with the action of President Jefferson in 1830. America had set a vision to be the biggest, strongest and unrivalled nation in its hemisphere. That, it said was her manifest destiny. In that spirit, Jefferson relentlessly pursued the expansion of America westwards by the purchase of the Louisiana territory for a tidy sum of $15M from France, a land that today represents 16 states of the United States. Meanwhile, every chance we get, we threaten the unity of our country. What kind of people are we? Should there not be some issues that are settled as far as our union is concerned? What does it mean to be a Nigerian?

For someone like me who grew up in a Nigeria that was sweet and beautiful, we live our lives in daily pain of what could have been. It is that nostalgia of a great country past and a potentially great nation to come, that passion is what drives me: Love for country. No more, no less. We have options but we choose only one, Nigeria, all the way, forever. No shaking. I have infinite faith in the ability of the Nigerian people to rise above the nonsensicalness that many people want us to swallow. Our half-witted politicians have a way of crying marginalization when, somehow they do not get appointments.

The reason is simple. All roads lead to Abuja, every single month. When the appointment now comes to his state but goes to another local government, he screams again that his local government is being marginalized out of Federal appointments. We must do something about it. The country needs to be re-organized into entities that are self-sustaining in order to improve efficiencies.

Let me take Edo State as an example. With a landmass of 19,000 square km, Edo State is blessed with mineral deposits in 17 villages including Limestone and Gold, among other things. Edo State has the ecology to grow all the sugar cane needed to produce all the sugar that Nigeria needs. The Sugar Master plan calls for the cultivation of a mere 250,000 hectares of land to attain sugar sufficiency. Imagine $2 billion flowing into the Edo economy every year. Imagine the hundreds of thousands of jobs that would be created down the value chain. Imagine the number of new houses that would be built. Imagine the crime rate crashing and then imagine our boys and girls actually staying at home to work because there is work; Imagine going to Italy becoming unattractive; being a kidnapper becoming unattractive---you will be heading toward a state of Eldorado. It is possible, ladies and gentlemen.

If this were to happen, do you think you would find the governor of such a State at any meeting in Abuja? That is what reorganization can do to this country.

In closing, my heart goes out to the peoples of the Benue. I weep with you. I feel your deep pain and anguish. The Tiv man is probably the most prolific farmer in Nigeria. His land is rich and requires no fertilizer to grow anything because the flooding of the Benue River delivers rich nutrients thus creating alluvial soil which makes the Benue valley home to the richest and most productive soil in Nigeria. His inability to farm therefore ought to be viewed from a national security standpoint. We, all of us stand to lose. Inflation will inevitably set in when, for fear of being killed in their farm a man now begins to farm only his backyard. This cannot stand.

The Federal government ought to be the only entity entitled to the use of violence to uphold law and order. I fear a gradual drift into Afghanistanism. This will become inevitable if the people lose faith in the ability of their government to protect them This also must not be allowed to stand.

A strong commitment is needed in these perilous times to gather thinkers across the country to help think our way out of this imbroglio. It has the capacity to bring our country to its knees. At this time, we need the deep thinking of an Umaru Yar Adua who crafted the amnesty program that calmed frayed nerves in the Niger Delta to help bring peace to our beleaguered nation. Nothing is too much to pay for peace. Great minds needed. I rest.