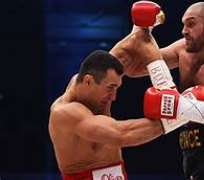 Former world heavyweight champion Tyson Fury is free to box again after the British Boxing Board of Control (BBBC) lifted his suspension subject to medical clearance.

The BBBC had suspended the 29-year-old's licence in 2016, citing anti-doping and medical issues, and he has not fought since defeating Wladimir Klitschko in a world title fight in November 2015.

Fury accepted a backdated two-year doping ban last December and this month announced that he was applying to have his licence reinstated.