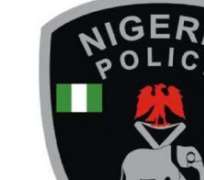 Kidnappings are rife in Nigeria, where domestic security is weak, though they overwhelmingly target other Nigerians. However, abductions of foreigners are not uncommon.

The foreigners were ambushed by unknown gunmen on their way from the town of Kafanchan in Kaduna state to the capital Abuja, Mukhtar Aliyu, a spokesman for the Kaduna state police, said by telephone.

Kafanchan is about 3-1/2 hours' drive northeast of Abuja.

“The two police escorts attached to them engaged the kidnappers in a fierce gun battle, which resulted in the unfortunate death of the two police officers,” Aliyu said.

A spokesman for the United States embassy in Nigeria declined to comment. The Canadian foreign service did not immediately respond to an email requesting comment.

In October, kidnappers took four Britons in Delta state in the south. Three were released after negotiations, but the other, Ian Squire, was killed.

The Abuja-Kaduna road has long been a haunt for kidnappers. Last February, two German archaeologists were abducted in the region, though were later freed.