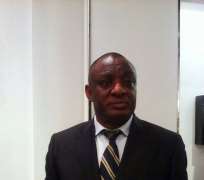 A four-year term is not an eternity. About three years ago when political forces were aligning and re-aligning against the former ruling Peoples Democratic Party (PDP) that eventually paid off and sacked that regime Nigerians had thought the historic merger that gave birth to the All Progressives Congress (APC) will be able to fashion out a new socio-economic Nirvana for Nigeria via bogus promises but today although the visually impaired cannot see what is on the ground they can, at least, feel the impact of the abysmal failures of the Buhari-led Federal Government.

The ongoing longing and yearning for a return to the status quo ante remain a stunning volte-face for Nigerians who have been sapped dry by the directionless and visionless policies being churned out by the All Progressives Congress propaganda machine.

Nigeria, as it stands, is suffering today from the debilitating effects of failed government policies and the resultant effect of this obviously sad situation, you will agree with me, has turned the regime in Abuja into none other than a burdensome, malodorous albatross.

Today, it is a thousand pities that some governors in the ruling party could openly endorse President Buhari for a second term while saying they have no apologies for doing so, calling to mind the comment credited to Governor El-Rufai of Kaduna State to which Senator Shehu Sani aptly reacted. The Green Party of Nigeria voices solidarity with the former in condemning in its entirety the position of El-Rufai and his colleagues.

No Nigerian is a hater of President Buhari after all but our interest to regenerate Nigeria to all intent and purposes is larger than any individual no matter how highly placed. There is no denying the fact today that the APC-controlled Federal Government keeps failing at every turn to regenerate the country which is visible in all facet of our national life.

The future of our youths has been bastardized by the selfish interests of the wiseacres, popinjays and prima donnas in the Nigerian leadership club while the government of the day has failed in its statutory responsibility and duty for securing lives and property and that aspect of our social contract has suffered deadly punches which now finds expression in mindless, criminal killings by rampaging armed herdsmen and that alone is more than enough to send APC parking from the Presidential Villa in civilized societies.

In a similar vein, the hue and cry which follow as low as 2% increase in tax and 5 cents increase in the price of bread are more than enough for the president to resign or for the electorates to send the government parking in civilized societies. I have seen and witnessed cases like that in this part of the Old World where I have sojourned for over two decades. But on the part of the globe where we come from - Nigeria - we have witnessed over 100% increase in tax and over 300% in prices of foodstuffs, good and services while the government still campaigns for tenure elongation and often times re-election as we marvelously see today by the All Progressives Congress.

It is not only distressing but heartbreaking that the APC-led Federal Government often celebrates the 'success' of its agrarian revolution only on the pages of newspapers while over 92% of our people survive on a starvation diet, another pointer to the moral and epistemic bankruptcy of Nigeria's ruling dynasty!

Our tertiary institutions turn out graduates yearly which swell the unemployment queue in the Nigerian labour market and out of the lot only a well-connected few secure non-existent jobs while majority roam the streets thriving hopelessly on dirt and dirty surroundings amid appalling neo-slavery in the coast of North Africa and Mediterranean deaths. In fact, to keep body and soul together the unemployed have-nots employ all means including armed robbery.

If the APC-controlled Federal Government has recorded success in its agrarian revolution as it often claims why not address the hunger problem in the land by setting up safety nets across every civil division in Nigeria where the unemployed and ravenously hungry Nigerians can go and collect food gratis as obtains in well-organized societies or at best reduce the prices of foodstuffs to make it affordable for everyone?

While this may sound ear-biting for the ruling party which makes spurious claims of food export overseas when there is none to eat at home, I wish to remind Nigerians that the incoming GPN-led Federal Government shall, in all honesty, pursue food surplus via sustained agrarian revolution to ensure food security for our dear country.

In China, for instance, there is a special welfare package where the unemployed are set up in business to keep them by all means engaged and some migrate to other parts of the world to start a business which explains their large presence all over the EU today and other parts of the world. Can the Nigerian government not follow suit? Why does it often turn a blind eye to such economic package for the unemployed youths? It is your right to have it and not a privilege and the government of the day will not be doing you any favour if it starts it today!

It is also your right to live in a decent apartment via housing assistance at government-subsidized rates. Today in Nigeria children who are over 20 years still live with their parents and sometimes children who are well above 30 years. This is non-existent in well-organized societies. Now the questions that agitate me is why would our people in their right frame of mind abandon themselves to despair and mortgage their future themselves in return for peanuts in spite of the abysmal failures of APC-controlled Federal Government? How would a bag of rice you are induced with for votes sustain you for four calendar years? Why don't you take the bull by the horns to restore your human dignity? Can you not take urgent steps now to save yourselves from lifetime subjugation and virtual servitude?

Who Nigeria urgently stands in need of today are not the cast of neophyte actors in the erstwhile ruling party or the All Progressives Congress which has been a disaster since it took over the reigns of power about three years ago with nothing on the ground but failures and pains.

Like I have always said, we are not thoughtless morons or mindless zombies as not to see that the Buhari government is a complete disaster and like a plague should, therefore, be avoided in the forthcoming general elections. It is high time we moved beyond partisan politics and give power to square pegs in square holes.

Major Hamza Al-Mustapha (rtd), a young, vibrant and energetic young man remains a cut above President Buhari all things considered who is more favourably disposed to re-position Nigeria on the part of socio-politico development and economic prosperity. Nigerian youths would be doing themselves a great favour by queuing behind the former for a youth revolution in Nigeria to bring about an authentically humane egalitarian society.

*Iyoha John Darlington, an expert in conflict management and resolution and the international media aide of the Green Party of Nigeria.

(It's better reported as news or statement or what do you think'?)