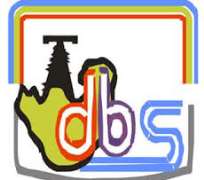 Arrangements for Delta Broadcasting Service (DBS), Asaba, by the state government for the state owned broadcasting service to begin a 24-hour transmission are on top gear.

Epileptic power supply has bedeviled the station, compelling it to run the Asaba and Ubulu-Uku power plants at same time before it could carry what people described as meaningful transmission.

This problem has hindered the optimal performance of the station for many years as virtually all funds raised are plunged back to purchase diesel.

A statement signed by the State Commissioner for Information, Mr. Patrick Ukah, in Asaba however said that this problem would soon be resolved as contracts for the installation of 33KVA dedicated line have been awarded and completed by the government at both stations, revealing that the Benin Electricity Distribution Company (BEDC) is expected to energize them any moment from now.

The statement reads, “At the inception of this Administration, it was observed that the station was bedeviled by so many challenges despite the fact that a contract for the supply and installation of broadcasting equipment for the television and radio arms of DBS, Asaba and Warri, had been awarded and adjudged to be at 85% level of completion”.

A thorough investigation of the challenges faced by the station revealed that the broadcasting antenna was bad and cannot beam signals to Ubulu-Uku effectively from the Asaba office and power supply to the Asaba station was epileptic and totally unreliable while at the Ubulu-Uku Sub-Station, it was totally unavailable for years, in addition to the fact that several equipment supplied to the station in the aforementioned contract were damaged by incessant occurrence of thunder strikes.

Given these scenarios, the government initiated the process to resolve the problems and as a first step, the issue of the bad antenna which was crucial, was addressed. Asaba is located on a valley and as a result, it has to beam signals from its studio at Asaba to its Ubulu-Uku sub-station that is located on a higher plain for onward transmission to the entire state and beyond.

However, since the antenna which it uses to beam the signals to Ubulu-Uku Sub-Station was diagnosed to be bad, it became a big challenge for the station to broadcast. The option of getting a new one was difficult not just for the high cost of acquiring it but also for the time frame it takes to produce and supply it.

After exploring several means to reactivate the antenna without success, the problem was finally resolved using an air fiber link to the Startimes DTT base from where the signals are picked up at Ubulu-Uku sub-station and re-transmitted to the entire state.

Again, the Administration at its inception found that several equipment supplied to the station in the aforementioned contract had been damaged by incessant occurrence of thunder strikes despite installed thunder arrestors. In order to curtail this trend, the government approved and installed new earthing systems to replace the non-functional one in Asaba and another in Ubulu-Uku were non existed. Some of the equipment blown up by lightening were also repaired and put to effective use.

The government was in the process of resolving the above challenges when the flood disaster of Saturday, 22nd July, 2017 took place and the entire premises of the station, including the offices, the Digital and Production Studios, the Transmission Halls of the Radio and Television arms of the Service were all submerged by the flood. The losses recorded were indeed a great setback to the efforts of government to place the station at an optimal level of broadcasting.

In resolving the problems created by the flood and restore the station back on air, government had to repair and replace several of the damaged equipment including Transmitter ‘B’ of the radio arm and the two Larcan 5KW Magnum Transmitters of the television arm.

Furthermore, in the attempt to reposition the station for better performance, government recently acquired a new antenna and the installation, which is currently on-going, would be completed in a couple of days.

On completion of its installation, the signals on the terrestrial across the state, including Asaba and its environs, are expected to improve greatly”.

The statement is to inform the general public that the state government is aware of the challenges facing DBS, Asaba, and that efforts are currently under way to tackle them and reposition the station for better performance.

The government therefore wishes to request the general public to exercise patience as the station would soon be back to full broadcasting.