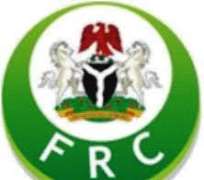 LAGOS, Monday, January 15, 2018: Media Rights Agenda (MRA) today inducted the Fiscal Responsibility Commission (FRC) into its “Freedom of Information (FOI) Hall of Shame” for operating in secrecy contrary to the provisions of the FOI Act and the purpose of the Commission itself, which is to foster greater transparency and accountability in the Federal Government’s fiscal operations, in accordance with the Fiscal Responsibility Act.

In a statement released today in Lagos, MRA accused the FRC of persistently neglecting to comply with any of its obligations under the FOI Act, most of which complement the spirit of the FRC Act, which established the Commission.

Ms Morisola Alaba, MRA’s Legal Officer said: “It is astonishing and incredible that rather than seize on the opportunity that the FOI Act provides the Commission to strengthen its functions and responsibilities and ensure transparency in its operations, it chose to ignore both its establishment Act, the FOI Act and other laws enacted to ensure transparency, accountability and ultimately, good governance in Nigeria.”

Specifically, MRA accused the FRC of failing to proactively publish the various categories of information which it is required to proactively disclose by the FOI Act; failing to designate an officer to whom FOI requests should be sent as well as disseminating the name and contact details of the officer; failing to conduct appropriate training for its officials and failing to submit its annual FOI implementation reports to the Attorney General of the Federation, among others.

The Commission was established by the Fiscal Responsibility Commission Act, 2007 to among other things, “disseminate such standard practices including international good practice that will result in greater efficiency in the allocation and management of public expenditure, revenue collection, debt control and transparency in fiscal matters.”

The Commission is also charged with the duty to “undertake fiscal and financial studies, analysis and diagnosis and disseminate the result to the general public.” The FRC Act, through the Commission, seeks to ensure prudent management of the nation’s resources, as well as secure greater accountability and transparency in fiscal operations within the Medium Term Fiscal Policy Framework (MTEF).

Ms Alaba noted that the Commission’s statutory functions constrain it to proactively publish and disseminate certain kinds of information that will aid good governance thus complementing the provisions of Section 2(3) and (4) of the FOI Act which obligates public institutions to proactively publish 16 categories of information. Tragically, the only information of significance available on the website of the Commission are its enabling law and about a page of text about its establishment and functions.

Ms Alaba said: “Although the Commission has a website, http://frc.gov.ng, through which it ought to easily proactively publish the categories of information prescribed by the FOI Act, it is disheartening to see that the site is virtually an empty shell without significant information relevant to members of the public about its operations.”

She noted that virtually all the links on the website lead to empty pages besides the links to the pages about the Commission’s establishment and for downloading the Fiscal Responsibility Act.

Ms Alaba said: “Even without the FOI Act, which requires all public institutions covered by the Act to proactively publish certain types of information, the paucity of information on the FRC website should constitute a huge embarrassment to the Commission.”

She observed that in clear disregard for the provisions of Section 29 (1) and (2) of the FOI Act and the Guidelines on the Implementation of the FOI Act issued by the Attorney General of the Federation, the FRC has failed to submit to the Attorney-General of the Federation any report on its implementation of the Act over the past six years and has not made any such report available to the public.

She added that there was no indication that the Commission has designated any of its officials to receive request for information as required by the FOI Act or that it had provided any training for its officials on the effective implementation of the FOI Act and the public’s right of access to information, as also stipulated by the Act

The Commission is known to have denied a request made under the FOI Act by Human Rights Writers’ Association of Nigeria to compel the Chairman of the Commission to name a top public office holder he accused in a newspaper interview of large scale corruption. The Commission claimed disclosing the name of the indicted official will harm the ongoing investigation.

MRA said in the light of the various shortcomings of the Commission regarding the implementation of the FOI Act, it was doubtful if the Commission also records or keeps proper records about its activities, personnel, operations, businesses and other relevant or related information or if it properly organises and maintains all information in its custody in a manner that facilitates public access to such information, as required by the FOI Act.

MRA therefore called on relevant oversight institutions to compel the Commission to comply with the FOI Act and ensure that the FRC, as well as all institutions covered by the Act, fully implement all their obligations under the Law.