Dankwambo and The PDP Quest for Power 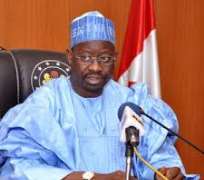 There is no doubt that the recent release of election timetable and schedules of activities for the 2019 general elections by the Independent National Electoral Commission (INEC) has altered some political calculations and permutations across the country.

According to the timetable, the conduct of party primaries and resolution of disputes emanating from such primaries will be held between August 18 and October 7 this year while official campaigns by political parties and their respective Presidential and National Assembly candidates will start from November 18 and ends on February

While politicians have all moved back to their trenches to map-out workable strategies that suits the new timetable, the bold question mark is who becomes the PDP Presidential candidate?

While not outrightly foreclosing the chances of the former Vice President, Alhaji Atiku Abubakar, it is however good to state that going by the extant political realities in the PDP, Alhaji Atiku is not qualified to contest next year's Presidential primary election of the PDP. This is because the PDP has a constitution and the constitution clearly stated that a defector most spend at least two years in the party before he or she is qualified to stand for election.

Though the former Vice President is a founding member of the party, but as he rejoined the party in December 2017, his membership status is not yet up to the two years required by the constitution and going by the INEC timetable and guidelines, Atiku would only be spending seven months in PDP by August when party primaries would start fully across all political parties.

I'm however not unmindful of a waiver programme which only the National Executive Committee of the party can grant. But, if the NEC meeting fails to hold between now and August, it then means that Atiku would not be eligible to contest the primary. But, being a veteran in the game, I believe he knows what to do!

Similarly, out of the two state governors, one is a first time

I'm talking of Alhaji (Dr.) Ibrahim Hassan Dankwambo of Gombe State who is also the best governor in the entire northern Nigeria because of his great strides in both human and infrastructural developments in the state.

Dr. Dankwambo over the years has been a silent achiever who really understand what it means to be a public servant. His openness, sincerity and democratic solidarity is a great trait that PDP needs at this moment to recapture power at the center.

Hence, the PDP national strategists should beam their political searchlights on this wonder-working governor who has the magic wand to reinvent the country and make it an economic viable country once again.

Nevertheless, contrary to the obscure economic theory the Federal Government is implementing which drove the nation in to avoidable economic recession causing pains and hardship all over the country, Dr. Dankwambo as an economist knows that one of the surest ways of pulling economies out of recession is by implementing the 'Keynesian Economic Theory.' This economic theory was developed by a 'British Economist,' called John Maynard Keynes during the 'Great Depression' of the 1930's.

Mr. Keynes in the theory advocated for increased government expenditures and lowering of taxes to stimulate demand so as to pull the global economy out of depression. Subsequently, Keynesian economics became the economic model that could prevent economic slumps by influencing aggregate demand through activist-like stabilization and economic intervention policies by governments.

This was the economic theory that former President Barrack Obama operated in the United States when he came to power in 2009 and inherited the 2008 Global Economic Crisis which affected the entire world economy. President Obama introduced some programmes like the

Troubled Asset Relieve Programme (TARP) and government bailout of companies that were dimed 'too big to fail' because of the thousands of people it will send out of job. With the full implemention of the said economic theory; in less than six months, America was out of

recession and the US unemployment rate was reduced drastically.

As an economist, Dr. Dankwambo knows how to replicate it here in Nigeria. This was why Gombe State is one of the few states in Nigeria where budgetary provisions is tilted towards development. For Instance, of the N104. 9 billion budget presented to Gombe state House of Assembly for 2018 fiscal year, the votes for capital expenditure is more than the votes for recurrent expenditure. Precisely, N52.9 billion was budgeted for capital expenditure while N51. 9 billion was voted for recurrent expenditure. This is despite the fact that Gombe State is more of a civil service state where personnel emoluments and other expenses that make up recurrent expenditure is very high. It is only prudent and sound economists like Dr. Dankwambo that can achieve that in the midst of economic recession.

Therefore, I call on the PDP stakeholders to support Dr. Hassan Dankwambo to get the PDP Presidential ticket so that he can return our great party to Presidential Villa next year.