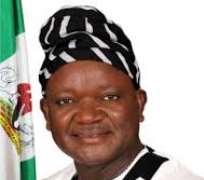 The Coalition of Civil Society Groups Against Terrorism in Nigeria, has expressed concern, over the largely negative impression, being promoted by a section of Nigerians, particularly in the Social Media, which is aimed at criminalizing the Fulani ethnic group in the country, through their generalization of the odious “Fulani herdsmen” colloration.

The group in a statement issued this weekend in Lagos, and signed by its Convener, Comrade Odeyemi Oladimeji, described those Criminalizing an entire ethnic group, as opponents of Human Rights and Advocates of genocide, in a peaceful country like Nigeria.

"While commiserating with the immediate families of the victims of the condemnable killings of the past few days in Benue State, and the entire citizens of the State, we cannot but condemn the actions of some of our State's Chief Executive, including Governor Samuel Ortom of Benue State, whose actions, abuse of state power and the prevailing insecurity situation in their states, have led to the loss of the innocent lives of some citizens of the state." the statement said.

The group accused Governor Samuel Ortom, of acting autocratically, in violation of the Constitution of the Federal Republic, which guarantees the right of every Nigerians, to live and work in any place of their choice, by forcefully evicting thousands of Pastoralists, who are engaged in their legitimate businesses, under the guise of implementing the controversial anti grazing law in the State. While as patriots and stakeholders in the Nigerian polity, we can no longer subscribe to Governor Ortom futile argument or his grandstanding on the perenial farmers / pastoralist conflict, which the Governor has clandestinely exploited in Benue State for political reasons. It was obvious that the Government of Benue state deliberately nurtured the crisis and promoted bloodbath.

"We want Nigerians to be aware, of the ongoing attempt, by some Governors, particularly Governors of Ekiti, Taraba and Benue State, to raise illegal armies being presently recruited and armed with sophisticated weapons, under the guise of protecting their States, against some unknown attackers, when in the true sense of it, these Governors are merely exploiting the situation in Benue for obvious political reasons, which is aimed at recruiting political thugs, as the 2019 general election approaches.

"We have thoroughly considered the dangerous dimension, that the crisis has assumed, and we cannot but call on every patriotic Nigerians, particularly Elders of Benue, Ekiti and Taraba, to rise and call these Governors to order. We cannot continue to fold our arms, and watch these individuals, frantically making political gains, out of a dangerous situation, which has continued to claim the lives of the innocent people of the state, as well as Pastoralists, who are engaged in their lawful businesses."

The group also advised, that rather than creating laws and promoting actions, which seeks to divide and threaten the existing peace in these states of the country, these Governors should focus their energy on issues, which has direct positive impact on the living standards of their people, and can guarantee the delivery of the dividends of democracy to the ordinary Nigerians.

The statement also described as unfair, the attempt by section of the country, to continually push every blames over the crisis, on President Muhammadu Buhari.

"Rather than blaming President Buhari and the security agencies alone, for the crisis being witnessed is parts of the country, our people should know, that President Buhari is a leader who has attested in words and deeds that the security of lives and properties of Nigerians anywhere they reside in the Country is paramount and not negotiable. Nigerians should also hold these Governors, particularly Governors of Benue, Ekiti and Taraba accountable for the crisis of today, they should ask why these Governors are raising private armies and arming same, against the laws of the land. While we believe and have it on good authority that the arming of Benue State Civilian JTF and others have resulted into the current crisis. By this statement we call for an immediate end to all forms of political gimmicks in handling sensitive security issues particularly in Benue State." the statement concluded.