Adeola Babatunde Writes to The Nigerian Voice Editor on:Sell 9mobile to a fresh operator not an old one 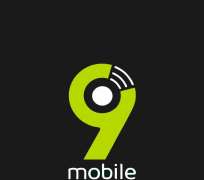 Sell 9mobile to a fresh operator not an old one

NCC has announced that of the five companies bidding to buy 9mobile, two of our GSM companies (Glo and Airtel) are involved.

The Executive Commissioner of NCC, Chief Sunday Dare has also justified this by saying that it will lead to consolidation of the industry as it did in India. But I don’t quite understand what he means by consolidation. In my view, the problem with the GSM companies is congestion. If we have a few more well-funded GSM companies then there will be less congestion and hopefully better funding for the companies with each company raising fund independently.

This is why I want to advise NCC not to accept any recommendation that 9mobile should be sold to one of the existing GSM companies. Instead it should encourage a new company to come into Nigeria. That company will now go out and bring investment to Nigeria. It may even go to Europe to get a technical partnership with an established reputable telecommunications company in the same way that Etisalat did. The new company will help to provide competition to the current GSM companies and we the customers will get the better deal just as Etisalat forced all other companies to give customers a lot of bonuses.

The current GSM companies in Nigeria are all suffering from over-crowded networks. They are congested so they produce poor quality service which is very frustrating. It is better to leave them to focus on improving their networks. Why worsen the problem by asking them to buy 9mobile? The current level of service they provide to customers should not even qualify them to bid for another company.