Buhari Yet to Perform to Expectations of Nigerian Masses... Gwandu 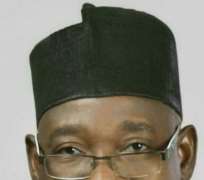 "President Buhari has indeed not performed to the expectations of most Nigerians particularly, the downtrodden who sacrificed their treasures and selves to campaign and vote for him but ended up appointing people that could not carry people along and pretend to be honest like him due to the change crusade".

Buhari has however impressively done well so far in steering the affairs of the country better than former President Jonathan Good luck in terms of security and stability of the nation but he has failed most of the Nigerian poor masses in some aspects of leadership of the country.

The National Coordinator Network for National Change, a non givernembatal organization that participated credibly in the Buhari presidential campaign in 2015 , Alhaji Aminu Abubakar Gwandu made the assertions Wednesday in Maiduguri in an exclusive interview with our correspondent in his office.

Gwandu further opined that "President Buhari has failed the nation in the past two years for not dropping his ministers and appointing heads of federal boards and parastatals for over two years of his administration giving room for perpetual corruption which he is fighting."

According to him, "Buhari also failed in the first instance immediately he was elected and declared the President of Nigeria in 2015 in his first lap of six moths in office as President for refusing to announce his cabinet members or minister."

Aminu who is also the State Chairman of PDM, Borno State Council also said that President Buhari has frankly disappointed many Nigerians for not tackling the issues of poverty bedevilling the nation critically in terms of food sufficiency and availability in rural and urban areas as expected of him by the larger majority of the Nigerian poor masses.

He however said that the idea of the presidency accepting the resolution of the National Assembly in restructuring and amendment of the Constitution of the federal republic of Nigeria was a welcome development to Nigerians to give every citizen of the country the right to live and belong to any part of the country based on citizenship instead of indigeneship which has been creating communal and ethnic clashes and crises in virtually every part of the county.

Gwandu further supported the plan by the president to expand the federal executive council FEC as he announced during the APC National Executive Council NEC meeting in Abuja recently, stressing that, President Buhari however still has a lot to in terms of the state of the economy despite the fact that he has good policies and programmes that lack good and honest implementattors.

As for 2019 presidential election, Alhaji Aminu Gwandu suggested "that President Buhari should honestly and sincerely come out and tell Nigerians the truth about his health condition and whether he will be able to recontest election or not in 2019 in the interest of the nation."

"And if he is not going to recontest the presidential election in 2019, he should be able to allow a honest, young, righteous, God fearing, sincere, dynamic, committed, humble, charismatic, decent and competent person that will honestly and justifiably rule the country without any sentiment or bias," Aminu added.

As for the leadership of the APC and interim crisis rocking the party at the national level, the National Coordinator said ," as far as I am concern, there is no good leadership in APC at the national level, And the National Chairman of the party, Chief Oyegun is not a good leader as uptil now he is unable to call for any convention or Congress or unite the members of the party.

"Oyegun is incompetent and inactuve. He can not lead APC successfully to its promised land. He was unable to settle the warring parties in the APC. He could not fulfill the agreement reached between the different political parties that merged together to form APC in 2015 including my party, PDM. We are not happy with that," Gwandu said.

"There is actually improvement in some sectors of the economy like agriculture, power generation, job creation and poverty alleviation but a lot needed to be done by the president or federal givernembt to improve on the living condition of Nigerians, especially, the downtrodden.

" I would also like to call on the president to boost the strength, morale and capacity of the Nigerian military and other security agencies with enough manpower, allowances and equipments to squarely tackle the Boko Haram insurgency and terrorism once and for all in order for peace to return to Borno state and other parts of the country. Hence without peace, there would not be any meaningful development anywhere in the country", Gwandu added.