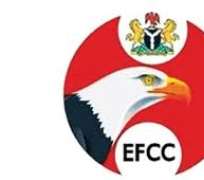 Justice Saliu Saidu of the Federal High Court sitting in Ikoyi, Lagos, on Tuesday, January 9, 2018, ordered the final forfeiture of the sums of N664, 475.247 ( Six Hundred and Sixty- Four Million, Four Hundred and Seventy-five Thousand, Two Hundred and Forty-seven Naira) and $137,680.11(One Hundred and Thirty- seven Thousand, Six Hundred and Eighty United States Dollars, Eleven Cent) that were found by the Economic and Financial Crimes Commission, EFCC, in the accounts of a former Permanent Secretary, Federal Ministry of Labour and Productivity, Clement IllohOnubuogo, to the Federal Government.

The forfeiture order followed a motion on notice for an order of final forfeiture pursuant to Section 17 of the Advance Fee Fraud and Other Fraud Related Offences Act No. 14, 2006, Section 44(2) B of the Constitution of the Federal Republic of Nigeria filed by the EFCC.

The EFCC, in an eight-paragraph affidavit deposed to by Huleji Abraham Tukura, an operative of the Commission, in support of its ex-parteapplication, had told a former trial judge, Justice Abdulaziz Anka, that Onubuogo, who was responsible for the supervision of the SURE-P Technical and Vocational Educational Training, Community Service, Women and Youth Empowerment programme under his Ministry, had allegedly diverted the funds meant for the programme to his personal use.

The EFCC investigator had also said that Onubuogo allegedly used his position as Permanent Secretary to award fictitious and fraudulent contracts to his company, Clement & Bob Associate, where he is a director and sole signatory to the account in Zenith Bank with account number 1013449507.

Tukura had further said that Onubuogo, through the fictitious and fraudulent contracts, enriched himself to the tune of N94, 829, 845.0, which was meant for Sure-P Technical Training programme.

He had added that Onubuogo also used his position to receive kick back/gratification from the various contractors under the SURE-P programme, using his staff and front companies.

Tukura had said that Onubuogo “made cash payment into Clement & Bob Associate Account Number 1013449507 domiciled in Zenith Bank using fictitious names to the tune of N81, 110,250.00.

“He also awarded a contract to one of his companies, Ojeagu Farms Limited, where he is a director and sole signatory to the account in Zenith Bank with Account Number 1014100968.”

The Commission had, however, told the court that it had recovered the sum of N129, 826, 452.00 from a number of staff who worked with Onubuogo and received the said sum as kickbacks and gratification.

In his ruling on the application on Thursday, August 17, 2017, Justice Anka had granted the interim forfeiture of the sums of money as well as the assets to the Federal Government.

The court had also directed the EFCC to publish the forfeiture order in a national newspaper.

The case had been adjourned to September 6, 2017 for anyone interested in the funds and assets to show cause why they should not be permanently forfeited to the Federal Government.

However, at the resumed hearing January 9, the defence counsel, T.S. Awana, told the court that he had two pending applications, one challenging the jurisdiction of the court to hear the matter and another one seeking to set aside the interim forfeiture order earlier granted by Justice Anka, who has since been transferred.

Awana further told the court that he had met with the prosecution counsel, Rotimi Oyedepo, on how to “settle the matter out of court.”

He, therefore, moved an application to withdraw the application “based on his discussion with the prosecution counsel.”

Oyedepo did not oppose the application by the defence counsel but urged the court to strike out the two motions filed by the defence in order “for the coast to be clear on what they are doing.”

The prosecution’s prayer was granted by the court.

Consequently, Oyedepo moved a motion on notice dated September 5, 2017 seeking “an order of final forfeiture to the Federal Government of Nigeria the sum of N437, 348, 181.16(Four Hundred and Thirty- Seven Million, Three Hundred and Forty- Eight Thousand, One Hundred and Eighty- One Naira, Sixteen Kobo) found by the Commission in possession of the Respondent, which sum is reasonably suspected to be proceeds of unlawful activity.”

In the motion, which was supported by a nine-paragraph affidavit, the prosecution also sought an order of final forfeiture to the Federal Government the total sum of N97, 300, 613.44(Ninety-Seven Million, Three Hundred Thousand, Six Hundred and Thirteen Naira, Forty- four Kobo) found by the Commission in the respondent’s account No. 3033750243 domiciled with First Bank of Nigeria Plc, which sum is reasonably suspected to be proceeds of unlawful activities.

The prosecution also sought an order of final forfeiture to the Federal Government the sum of $137, 680.11( One Hundred and Thirty- Seven Thousand , Six Hundred and Eighty United States Dollars, Eleven Cent) found by the Commission in the respondent’s account No. 201762246 domiciled with First Bank Plc , which sum is reasonably suspected to be proceeds of unlawful activities.

However, the prosecution withdrew its prayer seeking an order of final forfeiture of two property belonging to the respondent situated at Ikom Quarters, Issala-Azegba, Delta State as well as another property situated at 19, Madue Nwafor Street, Off Achala Ibuzo Road, Azaba, Delta State.

In his ruling, Justice Saidu granted the prosecution’s prayers for the final forfeiture of the sums of money belonging to the former Permanent Secretary.