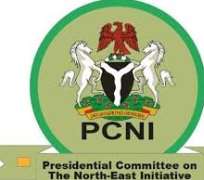 The Presidential Committee on the Northeast Initiative (PCNI) in partnership With Pro-Health International has commenced a Seven Day Medical Outreach in Maiduguri from Monday 8th to Saturday 13th January 2018 at Molai General Hospital, Maiduguri.

The Chairman, General Theophulus Danjuma representes by The Vice Chairman of PCNI, Alhaji Tijani Tumsa in an interview with newsmen after being conducted round the hospital facilities provided for the programme by PCNI, the Executive Director, Pro-Health International, Dr. Iko Ubanga said the purpose of the free medical outreach was to address the medical and health problems of the people of the north east as part of President Buhari agenda on health plan for the north East of Nigeria.

He said also that it was aimed at giving out access to those who were vulnerability affected by the boko Haram insurgency devastation that could not be able to afford or access medical and health facilities provided in the past by the state government and other NGOs at the IDPs camps and host communities.

Tumsa said the free medical outreach was purposely targeted at 2000 IDPs and people in host communities and IDPs camps while plans were underway for the PCNI to cover other states of the north east affected by the insurgency.

He said the programme was targeted at N48 million for the 2000 people including logistics, staffing, allowances, medical personnel, consultants, facilities and equipments as well as security among others.

The chairman said the programme will offer services such as Medical Consultations, Eye Care Services, Dental Consultations, General specialized, nutritional education including food supplements among others.

The Executive Director Pro-Health International, Iko Ibanga, said the NGO operates in over 26 countries of the world said daily over 400 out patients were recorded and treated while the programme has a target if about 2000 in 5 days.

The Head, humanitarian assistance, Rehabilitation and Resentment of the PCNI, Dr. Sidi Ali said the programme was part of President Muhammadu Buhari health agenda and health care dilevery plan to cater for the less privileged and internally displaced persons as well as residents in host communities in the northeast of Nigeria who were affected by the boko Haram insurgency.

He added that the programme was last year held in Yobe state and now in Borno state early this year with the intention to reach out to other states of the northeast that have also been touched by the insurgency to give free medical and health services to the people.

Dr. Ali said among the challenges PCNI was facing include over crowdness, high ate of registration of patients beyond the expected target of 2000, over stretch of facilities and equipments provided by the PCNI for the programme and the accessing of other hospitals that some patient may be referred to as a result of the complexity of their ailments among others.

Speaking also, the Borno state Commissioner of Health, Haruna Mshelia said the programme has greatly impacted on the people especially the less privileged and IDPs who could not access medical services at the camps and in host communities.

He said the state government was supporting the programme as part of its reconstruction, rehabilitation and Resentment program for the IDPs across the state while thanking the PCNI and federal government of President Buhari for their support and assistance to the state and people of Borno.

The commissioner added that the programme has indeed assisted the state government in upgrading and re equipping some hospitals and clinics across the state including provision of drugs and other items to improve on the healthcare services provided by the state government.

He assured that the state government will continue to support and collaborate with the PCNI and other device loment partners to provide effective medical and health care services to the people.