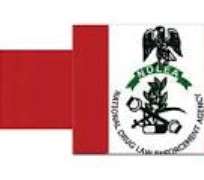 The Osun State Command of the National Drug Law Enforcement Agency (NDLEA) has arrested a man with sacks of India Hemp at Ifewara community in Atakumosa East Local Government Area of the state.

The State Commander of the NDLEA, Mr Samuel Egbeola said the sacks of Indian hemp were discovered through intelligence.

Egbeola told The Nigerian Voice that the intelligence that led to the discovery and seizure of the Indian hemp was provided by some patriotic individuals in the state.

He charged the entire people of Osun to always assist law enforcement agencies with useful information.

The NDLEA boss said his officers are on the trail of the real owners of the sacks of India hemp and assured that they e would be arrested.