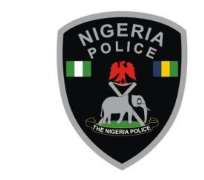 Similarly, the Rights group has condemned the January 1stpre-dawn invasion by several armed police operatives drawn from the dreaded but professionally incompetent special Anti-Robbery Squad, of the Nnewi country home of the United Kingdom based publisher of an online medium Mr. Daniel Elombah and two of his brothers and whisked him away to Abuja underground detention.

The Rights group said the publisher of the online medium www.elombah.com Mr. Daniel Elombah who was locked up for over 48 hours before being reportedly released on bail but one of his brother’s still kept in Kuje prison, was harassed because of an article published in the medium purportedly accusing the Inspector General of Police of maladministration.

HURIWA demanded the issuance of a powerful querry to the police Inspector General by the relevant committees of the National Assembly for abusing his power and for deploying public resources to engage in irrelevant private battles.

HURIWA said the Nigerian Constitution empowers the National Assembly to exercise oversight authority over the holder of the office of Inspector General of Police and wondered why the police boss has been allowed to operate as if he is larger than the statute creating his office and bigger than the constitution which absolutely prohibits abuse of power and misuse of authority by public office holders.

Turning to the reported physical abuses unleashed on the female journalist Tayo Elebiyo Edeni working for the publicly funded News Agency of Nigeria (NAN), the Rights group demanded that the particular Police operative or operatives who carried out this dastardly crime of gross animalistic attack on the professional journalist when she was carrying out her lawful duty, must be identified, prosecuted and punished for assault and battery.

HURIWA said the physical harassment of the journalist does not only amount to a breach of her constitutional duty to carry out her lawful duty but amounts to a committal of a crime which must be redressed and the perpetrator prosecuted and sanctioned severely to demonstrate that the Country is that of law and order and not a place whereby Might is Right.

HURIWA recalled that media reports narrated that ahead of the arrival of President Muhammadu Buhari and his entourage to the port commissioning in the Kakuri area, security operatives assaulted Taye Elebiyo Edeni, a reporter with the News Agency of Nigeria (NAN).

The Rights group quoted newsreports as affirming that the lady was eventually evacuated with assistance from Red Cross paramedics and fellow journalists just as the Rights group said the show of shame displayed by the Police and captured by the local and international Press has brought global opprobrium to the administration of President Muhammadu Buhari as that which maltreats media workers and represses media freedoms.

The group why even after showing accreditation tags, a team of security operatives “acting on orders from above” had cordoned off the entrance, preventing journalists from gaining access when the clear provisions of the Constitution is to the effect that the citizens must participate in the governance of the Nation and one way of promoting open government, transparency and accountability is the granting constitutionally of an unhindered access to the media of mass communication to bring information of activities of government to the people of Nigeria since the Constitution spells out clearly that it is from the people of Nigeria that government officials derives authority and legitimacy since the Sovereignty belongs to the people of Nigeria.

HURIWA also lamented that pleas by officials of the Ministry of Transportation to allow journalists went unheeded and fell on deaf ears even as this intransigence was followed by a threat from an operative to push the reporters away and indeed some security men were said to have readied their guns and attempted to deploy teargas and in the ensuing scuffle, a mobile policeman reportedly punched Edeni in the face.

In a statement by the National Coordinator Comrade Emmanuel Onwubiko and the National Media Affairs Director Miss Zainab Yusuf, HURIWA lamented that journalists have faced horrendous attacks, intimidation, harassments and threats under the current leadership of the Inspector General of Police..

The Rights group said it was illegal for police officers to turn journalists into punching bags just to prevent them from carrying out their legitimate duties.

“Clearly this low level and grossly indisciplined operative of the police must be following the bad precedence set by his boss who deployed armed security operatives to invade the privacy of another journalist and publisher of Elombah. Com who had just returned from the United Kingdom for the Christmas holiday”.

“We will be writing to the Senate President and the Speaker of the Federal House of Representatives to task them to defend the constitutional mandate given to the media in section 22 of the constitution to serve as the National Conscience of Nigeria”.