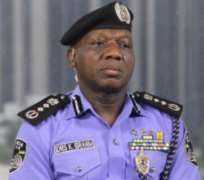 Two siblings, Paul Jibunor and Nkoenye Jibunor have been arrested by the Ogun State Police Command over allegations of rape and robbery.

The Police Public Relations Officer, (PPRO) in the state, ASP Abimbola Oyeyemi told The Nigerian Voice that Paul Jibunor who is 23-year-old and his brother, Nkoenye Jibunor who is 28-year-old were arrested for the offences on the 31st of December 2017.

The PPRO said the suspects were arrested following a report from one Ijeoma who reported at Ojodu Abiodun Police Divisional Headquarters that she was picked in a taxi by three men on 29 of December 2017 from Fela shrine, Oregun area, Lagos state to Iwo street, Ojodu Abiodun on an agreed fees only for the men to forcefully drag her down on the way and gang raped her after which they dispossessed her of her belongings.

The PPRO said the victim, Ijeoma eventually sighted the three men at Adebayo area of Ojodu and was able to recognize them and reported to the police.

According to the PPRO "Upon her report, the Divisional Police Officer in charge of Ojodu Abiodun Police Division, Mr Bamidele Job detailed detectives to the area where two of the suspects were arrested while the third one escaped."

"During interrogation, the suspects confessed to the crime. Further investigation revealed that they have been involved in series of rape cases around that area, and that their mode of operation is to use taxi to pick their victims to an isolated area where such victims would be gang raped and robbed."

The PPRO said some of the belongings of their victims including necklace, phone and wrist watch were recovered from the suspects.

Oyeyemi told The Nigerian Voice that the Commissioner of Police in Ogun state, CP Ahmed Iliyasu has ordered that the suspects be transferred to State Criminal investigation and intelligence Department for thorough investigation and prosecution.

"The CP also ordered that the escaped member of the group must apprehended and brought to justice", PPRO said.