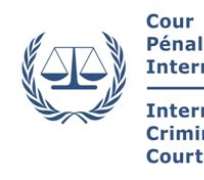 The International Criminal Court (ICC) has acknowledged receipt of a petition written against the Nigeria Army by a journalist following the invasion of the home of the leader of the civil rights group, the Indigenous People of Biafra (IPOB), Mazi Nnamdi Kanu, in an exercise codenamed Operation Python Dance which led to the killing members of the group as well as other members of the Afaraukwu community in Umuahia LGA of Abia State last year.

The petition written on September 24, 2017 to the Chief Prosecutor at the ICC, Fatou Bensouda, by Mr. Ahaoma Kanu, an award-winning journalist with National Daily Newspaper, decried the deployment of military personnel to the country home of the IPOB leader leading to killings, torture and human rights abuses perpetrated by soldiers of the Nigeria Army and the Chief of Army Staff, Major-General Tukur Buratai and called for an investigation and prosecution of the personnel involved in the well documented incident which occurred on September 16, 2017.

In a letter dated January 3, 2018 with reference number, OTP-CR-413/17, the Head of Information and Evidence Unit in the office of the Prosecutor, Mark P. Dillon, acknowledged receipt of the letter and accompanying documents while notifying the petitioner that the petition has been duly entered into the communications register of the Prosecutor’s office.

The letter, a copy which was made available to newsmen, reads in parts, “This communication has been duly entered in the communications register of the office. We will give consideration to this communication, as appropriate, in accordance with the provisions of the Rome Statute of the International Criminal Court.”

Dillon assured the petitioner that as soon as a decision is reached, “we will inform you, in writing, and provide you with reasons for the decision.”