As Deltans Go To The Polls, A reminder. 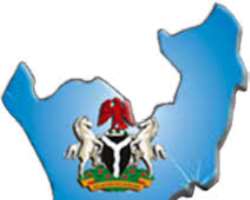 With the Saturday 6th, January 2018 Delta state Local Council polls now around the corner, all eyes are on the state. This feeling is understandable as the ‘’ground of battle’ and the battlers have swiftly become unpredictable, full of intrigues and uncertainty. But what is adding fuel to this political battle in my view, is the belief by many that the outcome of this LG polls will shape the support structure come 2019 general election.

Interestingly, the joy so far observed is that the state-actors (the government, the DESIEC and the Security agencies etc) are taking the right steps in the right directions while the political parties have learned that aggression has a way of bringing devastation to all parties. Hence, have refused to get involved in any action that will be inimical to the electoral process.

In like manner, to ensure that this trend continues among all the parties and credible candidates elected at the end, it is imperative that the political players; the Governor, the DESIEC, the Electorates/Deltans, the Youths and the Security agencies are further reminded of what is expected of them. Thus, this memo to;

While it is important to commend the Governor Ifeanyi Okowa led administration for this initiative, and the political will to have this election conducted, it will be of higher importance for him to put in the needed consciousness and industry to prove to all that he is ‘Political Innocent”. To achieve this, the Governor must first remember that his responsibility in this election is to facilitate and not to regulate the process. This, the people would appreciate if he will adhere to strictly.

Failure to make this LG polls credible, free and fair will amount to a failed decision on the part of the governor and behind every failed decision, lays a Government that has failed its people.

The governor should remember that the handling of this LG poll will go a long way in shaping the people’s opinion/perception of him as there have been some pockets of concerns expressed in the time past about his administrative style. So, getting this LG poll right will assist in no small way in getting the reputation of his administration repositioned.

Invariably, his handling of this local council exercise will also affect his 2019 outing. I again advanced this opinion based on my belief that he is watched closely by all Deltans, that people are noting every move he makes, that the electorates are learning a great deal about him and what he really believes as opposed to what he says.

Secondly, the people should be reminded that elections are won not by the contenders but electorates. So, for the people to win this election come Saturday 6th January 2018, voters must avoid contenders coming with financial inducement/instant gratification. They should remember also that any office seeker that offers any form of inducement has made his/her ulterior motive barefaced.

To further support the above, let the people again be reminded that ‘the precondition for an honest government is that candidates must not need the large sum of money to get elected, or it must trigger off the cycle of corruption. For having spent a lot to get elected, winners must recover their cost and also accumulate funds for the next election’.

Viewed differently, it is relevant for all to remember that Delta as a state is not an easy state. So, any aspirant coming to promise you a soft solution is not just deceiving you but a cheat. Deltans must bear in mind that ‘a soft people will vote for those who promised a soft way out when in truth there is none.

So, for this local council poll to bear the expected fruit, the people must wear the new habit of depending on their consciences, convictions and their creator.

For the Chief Michael Ogbodu led Delta state Independent Electoral Commission(DESIEC), it is imperative that you are humbly reminded of your engagement with history and posterity as the Chairman of the body charged with the responsibility of facilitating and regulating this electoral exercise in the state come Saturday 6th January 2018. While your effort so far is commendable, it should be to your best interest to carry on in that manner and organize an election that will be perceived/seen as most credible and devoid of rancor in the anal of the state as that may be all you need to imprint your footsteps in the golden sand of time.

Finally, like your name implies, it should be of greater good to the entire people of Delta state and that of the future generation if you can remain visibly independent in the facilitation/ regulation of this local council election. On the other hands, Deltans may not expect you as a body to remain neutral in the face of a political party or group of individuals seeking to take undue advantage of the process.

it is again commendable that so far, political parties in the state has been very orderly with their political activities in preparation for the forthcoming local council polls. But likewise, it is observed that while some political parties have been busy with their political campaigns, others, through their actions or inactions have demonstrated some level of apathy to the entire exercise as they are neither seen on the streets campaigning to woo the voters nor organize any political rally as a means of awareness creation.

In the vein, my imagination tells me that some of these parties are still holding on to the age-long believe that the local council polls will be neither free nor fair. Others in the same token, are more preoccupied with how to tell the world that they were rigged out than campaigning. To my mind, this should not be the way to go. We cannot achieve the hypermodern Delta state of our dreams with such faulty way of thinking.

The youths though part of the electorate should use this local council poll as a golden opportunity to commence their journey to assuming leadership positions in the state by making effort to elect candidates of their choice.

The outcome of the youths demonstration of ability to organize and form a movement will be a pointer to how seriously the ‘’political adults'' shall be considering them in the future elections at both state and federal levels.

It is my sincere hope that the security agencies be in the news this time around for a very good reason by demonstrating the highest level of professionalism expected of them at this defining moment.