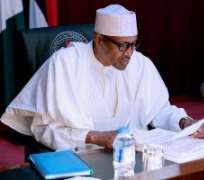 While the PDP described the speech as depressing, Southern and Middle-Belt leaders forum as well as former governor of Kaduna State, Alhaji Balarabe Musa, faulted the President on his stand that the process rather than restructuring is the problem of the country, insisting that the country must be restructured urgently to engender growth and development.

Also the Nigeria Labour Congress, NLC, through its General Secretary, Dr. Peter Ozo-Eson, described the President's  claims that blackmailers are responsible for fuel scarcity as untenable.

Restructuring is the way out —Southern, M-Belt leaders

In a statement entitled: ''Nigeria in crises: Restructuring, not process is the way out,'' by Yinka Odumakin (South-West), Senator Bassey Henshaw (South-South), Prof C. Ogbu (South-East) and Mr Isuwa Dogo (Middle-Belt), the Southern and Middle-Belt leaders, said: “We have exhausted all possibilities of a renter and sharing economy and all that is left is unemployment, hunger, gnashing of teeth and conflicts among nationalities over shrinking opportunities.

“We cannot become a productive country under a 1999 constitution, which keeps 68 items on the exclusive list, including mineral resources, which abound all over the country but which the states whose governors are constitutionally vested with authority over land cannot touch. We need to give authorities to the federating units over their resources for self-sustenance and paying all necessary dues to the federation to sustain common services.

We must devolve more powers and authorities to them to have effective state administrations .The Federal police has shown it lacks the capacity to deal with crimes in a multi-ethnic society like ours, the imperative of state police has never been more urgent and now.”

Buhari's speech, depressing— PDP
The PDP, in a statement by its National Publicity Secretary, Kola Ologbondiyan,  said the speech failed to address serious economic and security challenges confronting the nation. He lampooned the ruling All Progressives Congress, APC, for treating “Nigerians to another round of false claims and empty promises, which have become a routine in close to three years of the APC-controlled  Presidency.” The party also expressed disappointment that rather than accept its failure, the Presidency attempted to appropriate and claim credit for the achievements recorded by the PDP.

“Instead of offering solutions or providing the indices for development, the Presidency deployed over 2,000 words passing the buck, begging the question, making empty claims and attempting to appropriate achievements of the PDP administration. What could be more depressing than the fact that the President, who is also the Minister of Petroleum Resources, did not give a clear-cut solution to the acute fuel crisis bedevilling his nation today? “The President's speech neither addressed how to raise the fallen value of the naira nor how to rescue the labour market from the eight million job losses and acute unemployment being suffered by Nigerians under the APC.”

On fuel, the govt has failed — NLC
Reacting to the President speech, the NLC, through its General Secretary, Dr. Peter Ozo-Eson, described the President's management of the petroleum industry as a failure. “On the issue of oil, I can speak and I want to say we have passed the issue of blaming and chasing shadows. Certainly, we have gone beyond that. We can't accept this and Nigerians cannot wait forever. The duty of government is to solve problems, find solutions to problems that is why the government was elected and not to blame opponents whether imaginary or real.

On this issue of fuel, this government has certainly failed, Ozo-Eson said.”

Also speaking, Alhaji Balarabe Musa called for economic restructuring to ensure the delivery of good governance in the country. He told the News Agency of Nigeria, NAN while commenting on the President's speech that the problem with Nigeria has always been leadership rather than structures, explaining that regional system failed because leaders were pursuing secessionist agenda.

Although he aligned with President Buhari's position that the process of governance needs to be improved upon, he faulted the economic system being operated currently.

Buhari has no reason to be afraid of restructuring—Uwazuruike

On his part, Chief Goddy Uwazuruike said President Buhari has no reason to be afraid of the calls to restructure Nigeria. He said: “Every living person is undergoing restructuring every moment of his life. In the same way, every country is undergoing restructuring. So, Nigeria is not different. And things are not going the way we want it…most people in power do not want to hear of anything that will change or reduce what they have rather they want to increase it.”

Adeniran, Ozekhome fault Buhari
In like manner, Professor Tunde Adeniran and Chief Mike Ozekhome picked holes in President Buhari's comment that restructuring is the trouble with Nigeria, saying he lacked  sufficient knowledge of what restructuring means to the corporate survival of the country.

Professor Adeniran said: “I suspect the President has not been properly briefed as to the meaning, dimensions and essence of restructuring. Any serious minded Nigerian patriot with rudimentary knowledge of governance should know that Nigeria presently suffers structural deformity in the realms of politics and the economy.

Similarly, Ozekhome said: ''The embarrassingly banal and uninspiring speech by President Buhari is an indication that he has lost touch with the people who elected him to provide purposeful leadership. It is an unfortunate metaphor for one who has lost total touch with the people and their aching pulse. The speech comes straight from stone age verbiage that never showed any gravitas, sincerity of purpose and honest admission of abysmal failure.

He said: “If he had said so at the beginning of his tenure, it would have mattered but not now when his two and a half years tenure is largely an embodiment of leadership and governance failure. Why should I expect anything better? If anything, the failure of his government is a testimony to the indispensability of restructuring. He is an illustration of how forlorn and illusory the hope of getting the kind of inspirational leadership that can challenge the necessity of restructuring.”

LCCI hails Buhari on infrastructure
However, Lagos Chamber of Commerce and Industry, LCCI, appreciated the robust reference to infrastructure in the President's speech. Mr Muda Yusuf, LCCI Director General, said: ''For us in the private sector, one of the biggest problems is the infrastructure deficit. It is taking a huge toll on efficiency, productivity, competitiveness, profitability and sustainability of investments. It is good to know that the president equally appreciates the need to give urgent attention to this challenge. Although not much was said as to how this would be funded as the proposals were ambitious…

''The president also demonstrated commendable sensitivity to the plight of citizens over the fuel shortage at such a critical and important festive period. This is very well appreciated. However, the approach to fixing the problem and avoiding a recurrence should go beyond the conspiracy theory implied in the speech. Addressing the policy and governance issues in the oil and gas sector seem to be more important.''