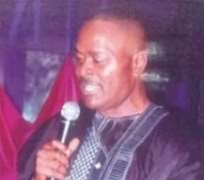 The All Progressives Congress (APC) says that Nigeria's President of Igbo extraction is achievable under the administration of President Muhammadu Buhari.

The Vice Chairman of the party in the South East, Chief Emma Eneukwu stated this at a meeting of the party's South East Zonal caucus held at Uburu in Ohaozara Local Government Area of Ebonyi.

Eneukwu called on the party in the South East to remain more united and focused especially as the 2019 general elections approaches.

He said that the party had been repositioned to capture political power in the remaining four zones in the state and called for contributions of the party leaders for the success of the party.

The chairman said that the political prospects of the South East zone could be better served under APC led Federal Government.

He challenged the stakeholders to ensure a landslide victory for the party in the zone in 2019.

“The clamour, the agitation for a Nigeria's President of Igbo extraction is only achievable under the Buhari administration and what is needed is for South East zone to double our support for Mr President.

“We must align the region to the mainstream national politics, support APC and ensure the re-election of Buhari in the 2019 general elections,” Eneukwu said.

He warned against all forms of sabotage and anti-party activities from leaders and party supporters.

Also, the Minister for Science and Technology, Dr Ogbonnaya Onu, said that South East zone would give Buhari 80 per cent of the votes in 2019.

He called on the people of the Zone to unite so as to benefit from the Buhari-led Federal Government.

He said that the administration of Buhari had affected the lives of ordinary citizens of the Zone through job creation, roads and other infrastructure development.

The former Senate President, Chief Ken Nnamani, also urged leaders of the party in the Zone to unite for the overall success of the party.

He said that big names only would not ensure APC success in the South East, stressing that more efforts was needed to achieve victory in the Zone in the 2019 general elections.

Chief Emeka Nwogu, former Minister for Labour and Productivity, urged leaders of the party to mobilise support for the party.

He said that the improved electronic system of voting introduced by the Independent National Electoral Commission (INEC) would not allow for rigging in 2019.

He urged leaders to ensure that their loyalists register and obtain their voters card, warning that 2019 elections would not be like the previous ones.

In their goodwill messages, former Governors of Ebonyi and Enugu, Chief Martin Elechi and Mr Sullivan Chime, called for the unity of leaders of the party to attract infrastructure development in the Zone.

The former governors in their separate remarks called on the Zone to support the re-election of Buhari and to rise up to the challenges of ethnic sentiments.

In attendance also, were the Minister of Foreign Affairs, Mr Geofrey Onyeama, past governors, former and serving Senators as well as five state chairmen of APC in the zone.

The News Agency of Nigeria (NAN) reports that the zonal caucus meeting was aimed at reviewing the activities of the party in 2017. (NAN)