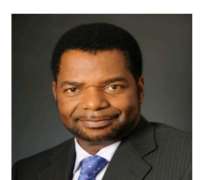 The Head of Service in the state, Dr Festus Olowogboyega Oyebade told journalists that Adegoroye was chosen for the lecture because of his wealth of experience in the public service and the quest to motivate those still in the service to learn and grow in the right direction.

The theme of the lecture is: "Government structure, Public Service Productivity and Efficiency in the Realization of Political Mandate: The Challenge of Governance"

The Guest Speaker, Adegoroye is a scientist and academic turned civil servant and an advocate of integrity in public service with a unique and distinguished public service career that over three and a half decades took him to the peaks of three enviable bureaucratic heights.

Oyebade told the newsmen that the first Head of Service and former Secretary to the State Government in the state, Chief Moses Inaolaji Abaoba would be the Guest of Honour at the event and that he would deliver a goodwill message during the lecture.

He added that the State Governor, Mr Rauf Aregbesola is the Special Guest of Honour at the lecture while the Speaker of the Osun State House of Assembly, Honourable Najeem Salaam and members of the Assembly would also grace the event.

Oyebade said that the Chief Judge of Osun State, the President of the State Customary Court of Appeal and members of the State Executive Council, Permanent Secretaries, the Accountant-General, the Auditors-General, General Managers, Executive Directors, Coordinating Directors and other top government officials will attend the event.