Champions league match-up: Messi thinks that Chelsea have only one good player 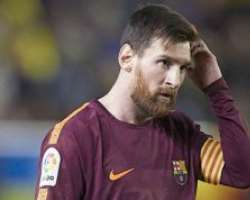 Barcelona and Chelsea are set to renew their fascinating rivalry when the Champions League knockout stages kick off in February.

The two clubs have long had a fiery relationship, with the Blues infamously losing out on a spot in the final in 2009 despite having four legitimate penalty claims.

Lionel Messi is yet to score against Chelsea in his career, with the Argentina international drawing a blank when the two teams last met in 2012.

But Spanish website Don Balon claims the 30-year-old thinks their opponents have only one good player in the form of Eden Hazard.

But Chelsea have found things tougher this campaign and currently sit 14 points behind Manchester City at the top of the table.

While the stars of last season have struggled – Willian is out of sorts, Pedro lacklustre and N'Golo Kante no longer formidable in the middle of the park – Hazard remains in fine fettle.

The Belgium international is blossoming and has found a ruthless streak to his game that has been lacking in previous years.

And Don Balon say Messi is impressed.
However, the Barcelona man deems him as their only threat going into the European showdown.

GETTY
Messi: Barcelona star is a huge admirer of Chelsea forward Eden Hazard Meanwhile, Chelsea gaffer Conte has urged his team to be positive despite their games against Barcelona coming at a time where they will also face both Manchester clubs.

“It's a draw and our reaction must be positive,” he said.

“As I know very well you must be ready to face everything and in this case you must ready.

“The past is the past. Now is the present and it is another story.”