How Obasanjo Destroyed Good Leaders That Could Have Served And Saved Nigeria. 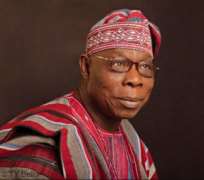 Murtala Mohamed was determined to break up Nigeria. His coup of July 28,1966 was aimed at pulling out the North from Nigeria until other variables intervened. By the time he assumed office as Head of State in August 1975 after the July 30, 1975 coup that ousted General Yakubu Gowon, Mohamed was a born again believer in Nigeria.

He was genuinely concerned about the drift of Nigeria into stagnation via incompetence, negligence and ineffectiveness that had inordinate ambition of some military officers as its undercurrent. As pointed out by General Theophilus Danjuma recently, the task of clearing the Cement Armada that blocked our seaports under General Gowon was given to then Colonel Shehu Musa Yar'Adua who was one of the architects of the Coup that ousted General Gowon. This is a supportive evidence of this desire on the part of General Mohamed to clear the Augean stable.

The postponement in 1974 of return to civilian rule by General Gowon among other important reasons set in motion the variables that led to his being removed from office in 1975. And on coming to office, one of the major objectives of General Mohamed led junta was to hand over the reigns of Government to the civilians.

General Mohamed at this point was majorly concerned about how to pull Nigeria out of the woods. His newly found patriotism was burning like a wild fire devoid of any sentiments that he had had hitherto. He was thinking Nigeria rather than his North. He was scanning all possible candidates for the coming election that would give Nigeria the next civilian leader and was thinking of who would deserve the mantle and lead Nigeria to the Promised Land.

Having seen many civilians worked in General Gowon's Executive Council of which he was a member, General Mohamed was very impressed with the sage, Obafemi Awolowo. One way or the other, his deputy, General Olusegun Obasanjo- Onyejekwe found out about his enormous respect for Chief Awolowo. General Obasanjo-Onyejekwe, according to Chief Ebenezer Babatope, a.k.a Ebino Topsy, in "NOT HIS WILL", had reportedly "whispered" into General Mohamed's hears not to consider Chief Awolowo as the next President of Nigeria.

If Colonel Buka S. Dimka's coup of February 13, 1976 had not been successful, and General Mohamed had not been assassinated, it is possible that may be the trajectory of Nigeria's History would have been different from what it is now. No one knew how things would have panned out with him in charge of the transition process.

But with General Obasanjo-Onyejekwe in charge, he followed up on his desire to destroy the chance of Chief Awolowo to lead Nigeria and thereby deny the country the blessings that could have resulted therefrom. Apart from actively campaigning against Chief Awolowo as evident in his infamous statement that "the best man did not have to win the election," he took many steps that effectively shut out the sage from winning.

Some of these steps include the removal of Chief Justice of the Supreme Court of Nigeria, Justice Darnley Arthur Alexander before the hearing of the suit brought to challenge the results of 1979 elections by other political parties. Obasanjo-Onyejekwe was suspicious that Justice Alexander could not be manipulated to support Shehu Shagari of the National Party of Nigeria (NPN). Justice Alexander was replaced with Justice Atanda Fatai William.

Other steps taken by Obasanjo-Onyejekwe to ensure that Chief Awolowo never became the President include the spurious midnight single handed "amendment" of the 1979 Constitution by him without the Supreme Military Council (SMC). Obasanjo-Onyejekwe had removed the clause from the Constitution that allowed for ELECTORAL COLLEGE if there was not a clear winner. He had sensed that Chief Awolowo might win the votes if it came to that.

Eventually, Justice Fatai Williams gave a judgement on September 26, 1979, that pronounced to Nigerians that there is something like a two-thirds of a human being that could give two-thirds of a vote in two-thirds of a state that could be rounded up mathematically to a whole human being, a whole vote and a whole state! The Judgment was so egregious that the Court itself insisted that it (the particular Judgment) should never be cited as a reference or precedent for other cases. According to the seminally brilliant Seyi Olu Awofeso, it was "the day the Law died in Nigeria."

During the June 12 crisis spearheaded by General Ibrahim Babangida, when Nigerians were insisting that the obvious winner of that election, Chief Moshood Kashimawo Olawale Abiola be installed accordingly, General Obasanjo-Onyejekwe was all over the place singing perfidiously, that Chief Abiola "is not the Messiah" Nigerians have been waiting for.

After failing in his diabolical Third Term Agenda in the months leading to the 2007 elections, an act which was obviously against the General Abubakar Abdulsalaam 1999 Constitution, General Obasanjo-Onyejekwe had blamed his Vice President, Alhaji Atiku Abubakar for his misfortunes.

General Obasanjo-Onyejekwe was so bitter about his failed heinous agenda that he set out to destroy his erstwhile Vice President and deny Alhaji Atiku the Presidency in 2007. He manipulated the process so fraudulently that his preferred candidate, Alhaji Umaru Musa Yar'Adua, was so embarrassed that he confessed after the election that he was rigged in. In fact, Alhaji Yar'Adua's exact words were "massively rigged!"

In putting together the sickly regime of Alhaji Umaru Musa Yar'Adua, General Obasanjo-Onyejekwe had played out proven and dependable hands who could help pilot the Nigerian ship such as Alhaji Atiku Abubakar, Donald Duke et al. He had left no stone unturned to characteristically subvert the process as he did 28 years earlier against Chief Awolowo.

General Obasanjo-Onyejekwe's machinations in 2007 set up the misfortune of a Dr. Goodluck Ebele Jonathan to succeed the sluggish, sickly, sloven and shabby tenure of Umaru Musa Yar'Adua. The incompetence of Dr. Jonathan created a conducive atmosphere for the re -emergence of an obvious but dangerous plague, an exceptionally traumatizing tragedy and decapitating misfortune in the mold of an omnivorous political vampire called General Mohammadu Buhari

Now 2019 is around the corner. Nigeria is comatose. There is unending murders on the Nigerian streets, villages and farms by Government backed ethnic cleansers. There is hunger across the land in a manner that has never been witnessed before. Unbridled nepotism, the worst of its genre is unleashed. Anger spurned by fear, exasperation fueled by desperation and bestiality inflamed by dehumanization are threatening to explode the polity.

And in the midst of this, General, Chief, Dr. Olusegun Okikiola Aremu Obasanjo-Onyejekwe is at it again. He is not helping with ideas and solutions. He is engaged in personal vendetta against those that might help to rescue the situation. He is contaminating the public space with his vindictive rant. He is acting as an avowed enemy of the Nigerian State. He is pouting as a committed enemy of the suffering Nigerians.

Nigerians have to pay attention to events in our History so as to avoid another dangerous mistake like Mohammadu Buhari in 2019. Nigerians have to evaluate the attestations of narcissistic egomaniacs like Dr. Obasanjo - Onyejekwe as decisions are arrived at about 2019. Chief Obasanjo-Onyejekwe has contributed immensely to the problems of Nigeria.

As 2019 approaches, Nigerians should not be mentally and literally blinded to the realities around them. The squalor is mind boggling. The indiscipline is demobilizing. The moral decadence is disorienting. The audacity of hypocrisy is hypnotizing. The arrogance of impunity is paralyzing. The impudence of incompetence is crippling. Corruption has metastasized in about thirty months under Mohammadu Buhari. Cow thieves in power are chasing around and harassing chicken thieves. No thinking mind should forget all this.

It is time to get serious.