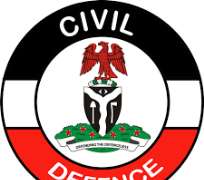 Personnel of the Nigeria Security and Civil Defence Corps, NSCDC, Osun State Command has bursted some filling stations found to be hoarding petrol and some found to be selling above the normal pump price.

While raiding the filling stations in Boripe, Ifelodun and Ilesa West and East Local Government Areas of the state, the Anti-vandal squad swooped on some stations selling at N150 or N160 respectively.

During the operation at Boripe and Ifelodun LGs, the NSCDC officials arrested one Abdul-lateef Okunlola in Ikirun and one Lukman Jimoh was apprehended in Iragbiji for refusing to sell the product by employing delay tactics.

"On interrogation, he told the Corps that he has been ordered by his boss not to sell. On further interrogation of the boss, he (boss) mentioned that he gave the instruction because he has no trust in the manager.

"The Corps in Osun State is determined to ensure and prevent petroleum marketers from taking undue advantage of the public especially during this Yuletide season.

"Economic sabotage will not be tolerated from any person or group of individuals. NSCDC therefore, appeal for collaboration and cooperation to stem out this unpatriotic act.

"Along Ilesa axis, fifteen (15) stations were visited among which were, Seahawks International Ltd, Babsak Energy Solution Ltd and Dohadson Global Investment Ltd. The Corps is determined to bring erring marketers to book to serve as deterrent to others." a release signed by corps public relation officer, Babawale Afolabi NSCDC reads in part.

Meanwhile, members of the public have applauded the action of the Corps. They revealed that the filling stations have been selling above Government price.