ELECTORAL COMMISSION THROUGH THE YEARS 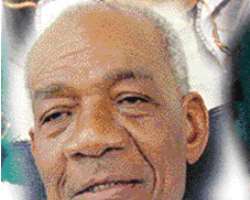 Guobadia
Various persons see Nigeria's electoral body from different prisms. To some, headship of the body is exclusively for people who are malleable and ductile. This is to enable the power that be swing them like a pendulum to achieve their personal ends. Others see it as a body that leaves an indelible scar on its headship. In other words, it consumes its own.

They believe that no matter how morally upright a man could be, once he is appointed to head the electoral body, he would throw morality to the wind. He would sell his conscience and dance to the whims and caprices of the masters. They would mortgage the collective will of the people for that of the selected few who dictate what happens at the corridors of power.

This school of thought seems to be holding sway because an appraisal of the past umpires has shown that nobody has headed the agency and come out unscathed. They had always been embroiled in one controversy or the other.

With the search for a new chairman of the electoral body in the air, a quick look at the caliber of the past helmsmen and how they ended their stewardship became imperative.

Eyo Esua (1964-1966)
Eyo Esua, a teacher and trade unionist born on January 14, 1901 was the first Nigeria to head a fully indigenous electoral body in the country. The Esua-led electoral body conducted the first post-independence elections of 1964 and 1965 federal and regional elections respectively. The 1964 election in the Western region was controversial and led to violence, which claimed prominent lives. In fact, it is believed in political history that the level of malpractices that characterized the 1964 and 1965 elections gave rise to Major Chukwuma Kaduna Nzeogwu-led revolution in which the Sarduana of Sokoto, Ahmedu Bello, the Prime Minister, Tafawa Balewa and others were killed thus, ending the first republic.

When the military was finally willing to hand over power to the civilians in 1979 after several promises, a machinery to ensure successful transition was put in place by the government of then Gen Olusegun Obasanjo. Federal Electoral Commission (FEDECO) was born preparatory for various elections into various political offices including that of the president of the country. Michael Ani was saddled with the onerous task of heading the body which was to ensure credible elections in 1979 and thereafter.

Michael Ani who was born on November 30, 1917 immediately mounted the saddle dictating the tune. The 1979 presidential election was held in August and Alhaji Shehu Shagari emerged winners amidst controversy that later entered into our electoral lexicon as 'two third majority.' The electoral decree that ushered in the second republic had clearly stated that a candidate must obtain one quarter of votes cast in at least two third of all the states of the federation before he can be declared winner.

This was what Chief Obafemi Awolowo went to court to contest but FEDECO allegedly consulted with Obasanjo and the Attorney General of the Federation, Justice Augustine Nnamani for correct interpretation of that decree. Awolowo eventually lost the legal battle but that affected the popularity and credibility of the electoral umpire before Nigerians. This was the genesis of what led to the downfall of the Second Republic with Gen Muhammadu Buhari and his military boys taking over the reign of government and describing the ousted civilian government as grossly corrupt. With Buhari as a military man ruling the country, the Second Republic crashed and FEDECO died.

Prof. Eme Awa (1987-1989)
Then came National Electoral Commission of Nigeria (NECON), which was headed by Professor Eme Awa, a political scientist from the University of Nigeria, Nsukka (UNN). Born on December 15, 1921 he only conducted the 1987 Local government election, which was also marred by irregularities.

However, due to his short stay in the commission, many find it hard to give an objective appraisal of his stewardship. He left the electoral body with his image relatively intact.

Prof. Humphrey Nwosu (1989-1993)
With the exit of Eme Awa, another Professor of Political Science, Humphrey Nwosu mounted the saddle. Born on October 2, 1941, he conducted the June 12 election believed by many, locally and internationally as the freest and fairest ever in the history of Nigeria but which was regrettably annulled by the military regime of Gen Ibrahim Babangida.

Though Nwosu had tried to extricate Babaginda from the dastardly annulment through a book he published, his inability to clearly give account of all the politics surrounding the cancellation had earned him widespread criticism. With the cancellation, the institution of an Interim Government headed by Chief Ernest Shonekan and subsequent return of Gen Sani Abacha, the third republic naturally died and Nwosu's reign also ended. So, overall, one would say that but for the book he wrote on the election which is considered an afterthought, Nwosu is arguably the only person who left the nation's electoral body with his image intact.

Chief Sumner Dagogo-Jack (1994-1998)
Sumner Dagogo-Jack who served, as a member of the commission was later appointed as the chairman to replace Nwosu. Born in 1930, he conducted elections for the local government councils and the National Assembly. The sudden death of Abacha ended the expected government because the elected institutions were yet to be inaugurated when he died. Though the commission did not last, the little it did showed that it was ready to do the bidding of Abacha had God not intervened. So, Dagogo Jack is also not in the positive side of the nation's history if the perception of people as it relates to his activities as an electoral umpire are anything to go by.

Justice Ephraim Akpata (1998-2000)
Gen Abdusalami who took over at the death of Abacha continued with the transition process but with a new electoral body, the Independent National Electoral Commission (INEC). Justice Ephraim Akpata was appointed to head the body by General Abubakar Abdulsalim's administration. This commission organized elections that ushered in the Fourth Republic with Chief Olusegun Obasanjo of the Peoples Democratic Party (PDP) defeating Chief Olu Falae of the then All Peoples Party (APP) to emerge President of Nigeria. Despite Akpata's effort to ensure a free and fair election, he failed as the election was criticized by both the local and international observers. Akpata died in January 2000.

Dr. Abel Guobadia (2000-2005)
With the death of Akpata who was from the South South geo-political zone, Abel Guobadia who is also from the same region was appointed by the Olusegun Obasanjo administration to complete Akpata's tenure. He conducted the 2003 Presidential election in which Obasanjo was re-elected for a second term. The 2003 elections received a lot of criticism from local and international observers. Like Humphrey Nwosu, he had also published a book titled, 'Reflection of a Nigerian Electoral Umpire.' The book tries to explain the actions and inactions of the body between 2000 and 2005 when Guobadia was in-charge. He was roundly condemned for conducting one of the worst elections in Nigeria.

Professor Maurice Iwu (2005 – 2010)
When he retired in 2005, Professor Maurice Iwu took over. Iwu organized the 2007 election that produced the late President Umaru Yar'Adua. It was generally believed locally and internationally that what Iwu did was not an election but just mere selection. He is seen as the most controversial chairman of the electoral body in Nigeria having earned so many bad names for conducting what is believed to be the worst elections in Nigeria. Out of 36 gubernatorial elections conducted by Iwu, the judiciary decided the victories of 32 states' chief executives.

That is not to talk of the National and Sate Assembly officials whose elections were upturned by the judiciary. However, he tried to redeem what was left of his image in the Anambra gubernatorial election in which Peter Obi of APGA was re-elected but many are quick to say that it was possible for PDP to lose because the late President Yar'Adua was then sick in far away Saudi Arabia and the President, Goodluck Jonathan, then Vice President was facing a lot of challenges from Yar'Adua's loyalists who did not want him as the acting President.

So, it is believed he was not focused and so there was nobody to put pressure on Iwu to manipulate the election as in previous polls. Besides that, the people of Anambra were reportedly ready to die with anybody who wanted to rig that election.

Now, with the exit of Iwu few months before his tenure expires, many have been asking if the body is jinxed such that anybody who assumes its headship will never come out unscathed. It is either the people who have used you to achieve their own selfish aim disgrace you or you are avoided as a plague by the electorate whose interest you were appointed to serve.