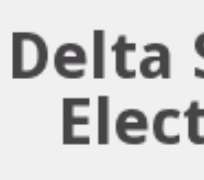 Delta State Commissioner of Police, Mr Zanna Ibrahim, has charged the Chairman and members of Delta State Independent Electoral Commission (DSIEC) to justify the confidence reposed in them by their appointment.

The CP made the call Tuesday, December 12, 2017, when he, along with his management team received in audience, members of DSIEC led by its Chairman, Mike Ogbodu who paid him a courtesy visit at the Police State Headquarters, Asaba.

The CP assured that the Command would do its utmost best towards ensuring a hitch free local government election come 6th January, 2018, disclosing that enough policemen would be mobilized for the election from the Command and neigbouring Commands even as he urged politicians in the state to play the game by the rule.

In his remarks, the DSIEC Chairman, CP. Mike Ogbodu (Rtd), thanked the CP for the warm reception accorded him and his entourage, and assured him of DSIEC’s readiness to provide a level playing ground for all participants in the election.