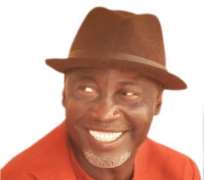 The immediate past Minister of Interior, Comrade Patrick Abba Moro, has described the national elective convention of the Peoples Democratic Party (PDP), held on December 9-10, 2017 as the most transparent, successful and peaceful convention ever conducted by the party.

Moro, a chieftain of the PDP from Benue State who made the remark in an interview in Abuja, noted that the dissolved National Caretaker Committee (NCC), led by Senator Ahmed Makarfi, eventually kept to its promise to ensure transparency and fairness in the conduct of the election of new national officers for PDP at the convention.

“The convention was very okay and we hope that we will be able to come out of the convention a lot stronger, more formidable and more prepared to take on the role of opposition. Quite frankly it was all excitement in the run up to the convention. Everybody was very eager. I think that going through the memory lane, this has been one of the most peaceful, successful convention of the PDP that I have ever witnessed. I understand that some persons are not quite happy with the outcome of the election. It is understandably so, because in a contest there are definitely some persons who will lose and some persons who will win. And of course, all manner of reasons are given for either winning or losing,” Moro declared.

Reminded that he had raised alarm few days to the convention expressing fears that the PDP was yet to learn from past mistakes, the ex-minister said: “Yes, I actually raised some basic fears of potential manipulation of the electoral process, the fear of a possible implosion and the need for the leadership of the party (the dissolved Ahmed Makarfi-led NCC) to take appropriate steps in ensuring free, fair, credible election where the votes of the delegates would count. As a party man, I think that was a legitimate fear especially against the backdrop of people grumbling and crying hidden agenda, crying impunity and crying imposition. Against the backdrop of our previous experiences in the PDP, I think it was legitimate to raise such alarms. But thank God the election has come and gone. And the process was very transparent. The leadership of the party worked very hard to ensure that the right thing was done. And I want to be frank with you that, especially for the national chairmanship, the candidate (Uche Secondus) that won that election worked hard with his supporters in persuading people to support him. And I supported him. I voted for him to ensure that we continue with the programmes of the party. And so, I can say without any fear of contradiction here that my fears about the elections were allayed by the transparent manner and the peaceful way the elections were conducted. I also voted. I was given the ballot paper like any other person. And there was no intimidation. There was no blackmail. There was no cajoling of anybody. Everybody voted freely like in any free and fair election. And the votes were counted in the full glare of everybody with agents of candidates in attendance. So, I think the process was okay and the outcome is acceptable to me.”

While congratulating Uche Secondus, the newly elected national chairman and winners of all the other positions contested for at the convention, the ex-minister wished them well as they take up the task of repositioning and rebranding the PDP for victory come 2019.

He advised those who lost to take consolation in the gallantry of the contest, saying “In all my life in the PDP since 1998, I’ve never seen a more competitive contest especially for the national chairmanship. Literally, all the candidates crisscrossed the length and breadth of Nigeria, appealing to people, appealing to delegates and party structure at all levels. It was a very keenly contested election. And quite frankly, if I had contested along with them and I had lost the election, I will console myself with the fact that I did my best. Of course, in a contest of nine aspirants for the national chairmanship, it is only natural that eight will lose because the position is only one. And so, like a democrat that I have always been, I will say that even those who entered the contest ab initio and knowing that there were nine contestants knew that only one person will win and the remaining eight will lose. Therefore, I will want them to remain steadfast and keep faith with the PDP in the belief that what had been contested for now are the party’s positions and that the big one is still coming. We are going to contest for the presidency of this country. We are going to contest to become senators. We are going to contest to be House of Reps members. We are going to contest to be governors. We are going to contest to be House of Assembly members. Very many opportunities still avail in the process. And if these are people that I believe entered politics for the sake of rendering service, they should know that there are much more opportunities through which they can offer services to their people and to the people of Nigeria.”