The book,Slums: The History of Global Injustice by Alan Mayne isGood for Social Policy Makers 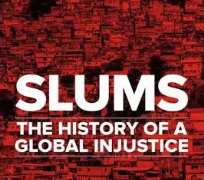 This book is only a month old, published in September 2017. It is written by Allan Mayne, he is a Professor of urban studies at University of Leicester and also a visiting professor to dozens of other high powered Universities in the Western World.It is published by Reaktion publishers, and digitally circulated by Amazon book store among others. For the East African book lovers, you only need about Kenya shillings three thousand five hundred to buy and read this 320 paged seminal work on sociology, economics, politics and literature of about urban poor as expressed through examination of the phenomenon of slums as a mega injustice by the political and economically might on the wretched humble of the earth.

East African readers like Kenyans, Tanzanians and Ugandans can learn a lot from the book, which beautifully puts it that slum dwellers are victims of global injustice perpetrated by the agents and forces of selfish politics. The author also makes a radical comment by pointing out in the book that, the word slum is a socially pejorative word that only aims at labelling andsocially excluding the victims of economic misfortunes, it is like the words ghetto, nigger, aborigine, gay, coolies, and nigger-they don’t have a socially justified position in the language of modern global socialization. Allan Mayne condemns the word slum as the first step of social injustice against the victims, it is step one in the process of alienating, marginalizing, excluding, violating and persistently but gradually brutalizing the persons that live in the informal poor quality settlements.

And truly it is, if you happen to be in Kampala and visit Naguru slums on the north-western side of Kampala or , if you are in Nairobi and walk across the slummiest areas like Mukuru Kwa Njenga, Mukuru Kwa Reuben, Mukuru Kwa Nyayo or Kaloleni , Kawangware, mathare,Githogoro or kayole estate you will obviously see an element of injustice against the dwellers of these palces.Exuberance of dirty water, garbage, air-pollution, unsafe-electrical wires, houses or hovels or shacks close to the active rail line with the proximity of five meters, open defecation, commonplace illicit brews, stunted physical growth among men and women given their body weight, dirtiness, poverty of clothes, overtones of miscreants, broken water pipes, idleness and so many other vicious conditions there will readily make you to submit to the judgement of Alan Mayne.

The paradox of the matter is that all these extremely poor areas called slums are usually close to a very rich and posh estates, some of the top political leaders and policy makers usually live in this posh areas, some have ministerial powers to fight urban poverty like slums and environmental pollution, surprisingly they don’t this has been the situation since the birth of Kenya many other poor countries. This is the paradox that made Joe Khamis to doubt, question and caution honesty of a politician his book Politics of Betrayal. For example, if we use Nairobi as a testimony to confirm slums as political intentions to deliberate global injustice, you will readily learn that Kawangware slum is close to posh Hurlingam, Kibera slum is close to extra-posh Karen, Kangemi slum is close to super-posh Westland, Kaloleni slum is close to the Nairobi city center.

Alan Mayne in fact resuscitates in his African readers the memory of those African writers that dealt with the cruel nature of life in the slum areas. However, most of the African writers dealt with this vice through allegory as a literary approach, the likes of George Lamming Castle of My Skin, Richard Wright in his Black Boy, Ezekia Mphalele in all of his works, Laila Lalami in her Secret Son, Ken Walibora in his Siku Njema and many others have dealt with slum-life as a thematic concern but only with focus on specific cultures and political geographies within limited spaces of time.

Contrastingly, Allan Mayne has had a global out look at slums, he has discussed the slums in Britain, India, America, Brazil, Nigeria, Kenya, Tanzania, South Africa, Italy and other parts of the world. Just like Francis Fukuyama in his Political Order and Decay, Alan Mayne also makes a political observation by alluding to radical political literatures to argue that a slums as poor quality housing facilities are an out-come of bad human decisions, that they indicate failures in social and political policy, which can be corrected if there is a political will beyond persistent political crudeness in the current and commonplace political culture of patronage and clientellism. Alan Mayne cites corruption, land grabbing, political revenge, cartels, poor policy on rural-urban migration, failures of education systems and malicious commercial globalization to be the key factors behind bludgeoning of slums across the face of the earth.

He argues that more than half of the world's population now lives in urban areas, and a billion of these urban dwellers reside in neighborhoods of entrenched disadvantage, these are neighborhoods that are characterized as slums. Slums are often seen as a debilitating and even subversive presence within society. In reality, though, it is public policies that are often at fault, not the people who live in these neighborhoods.

Consistently, Alan Mayne makes vintage efforts to explore the evolution and meaning of the word slum, from its origins in London of the times of Charlese Dickens, in the early nineteenth century to its use as a pejorative, denigrating and a demeaning slur as a sarcasm against the favela communities in the lead-up to the Rio Olympics in 2016. Alan Mayne shows that the word slum is in fact a language of hatred used by the advantaged against the least advantaged, he notes that the word slum is not the language of the benevolent and empathic care-giver, but instead it is the evil-loaded language of the exploiter labelling the victim in order to justify the process of exploitation. Unfortunately, this word has been extensively used for two hundred years as direct or sometimes as indirect way of condemning and disparaging the urban poor communities.In clear pursuit of intellectual and literary efforts to prove his point of slums as a global injustice, Alan Mayne probes beyond the traditional and senseless stereotypes of multiple deviance, social-political disorganization, bucolic inertia, and degraded environments to explore the tempo-spatial coherence, collective sense of community, and effective social organization of poor and marginalized neighborhoods over the last two centuries. It is such a good case for Ubuntu to those literary scholars that fight for literature as a vessel of I am because you are conscience.

It has to be noted that Slums is a book of social history and literature, its focus is on the importance of safe neighborhoods, such a book must have support of statistics and evidence of systematic research. Unfortunately, Alan Mayne did not show the slum statistics and other critical researches, he has not shown how colonialism and corporate globalism has led to the reckless mushrooming of slums in Africa. Deep study of this book has it that the literary logic, both deduction and induction would readily show that Alan Mayne condemned Slums as Global Injustice because it is not only in India or Africa,but because Western industrial capitalism has failed to prevent growth of slums in the Western cities like London, Chicago, and New York. Had it been that the Western World had managed to confine slums to Africa the way it did to HIV and Aids, then it would be strongly hypothetical that Allan Mayne could have dismissed the slums as sign of laziness not injustice.

By; Alexander Opicho (from, Lodwar, Kenya)