Nairobi to Buenos Aires: Review of the WTO’s quest for trade equity 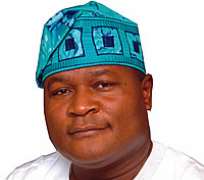 At the Tenth Ministerial Conference historic agreements on a series of trade initiatives were secured. The “Nairobi Package”, as it is now referred to, delivered commitments that will benefit, in particular, the organization’s poorest members.

The Package contains a series of six Ministerial Decisions on agriculture, cotton and issues related to Least Developed Countries (LDCs). These include a commitment to abolish export subsidies for farm exports, which Director-General Roberto Azevêdo hailed as the “most significant outcome on agriculture” in the organization’s history.

The other agricultural decisions cover public stockholding for food security purposes, a special safeguard mechanism for developing countries, and measures related to cotton. Decisions were also made regarding preferential treatment for least developed countries (LDCs) in the area of services and the criteria for determining whether exports from LDCs may benefit from trade preferences.

The Conference was the first hosted by an African nation and was chaired by Kenya's Cabinet Secretary for Foreign Affairs and International Trade, Amina Mohamed who admitted that ministers “faced challenging moments,” in concluding the Nairobi Package, which required an extra day of intensive negotiations to conclude.

On agriculture, the centerpiece of the Package was a Ministerial Decision on Export Competition including a commitment to eliminate subsidies for farm exports bearing in mind that a number of countries are currently using export subsidies to support agriculture exports. The legally-binding decision would eliminate these subsidies and prevent governments from reverting to trade-distorting export support in the future.

The decision contains disciplines to ensure that other export policies are not used as a disguised form of subsidies. These disciplines include terms to limit the benefits of financing support to agriculture exporters, rules on state enterprises engaging in agriculture trade, and disciplines to ensure that food aid does not negatively affect domestic production. Developing countries are given longer time to implement these rules.

Ministers also adopted a Ministerial Decision on Public Stockholding for Food Security Purposes in which developing countries are allowed to continue food stockpile programs, which are otherwise in risk of breaching the WTO's domestic subsidy cap, until a permanent solution is at the 11th Ministerial Conference (MC11) 2017 taking place in Buenos Aires in a few days.

The ministerial Conference of the WTO MC11 holds in Buenos Aires from 10-13 December 2017. As usual, there are high interests in this meeting following the relatively successful 2015 MC10 in Nairobi, Kenya.

A Ministerial Decision on a Special Safeguard Mechanism (SSM) for Developing Countries recognizes that developing members will have the right to temporarily increase tariffs in face of import surges by using an SSM. Members will continue to negotiate the mechanism in dedicated sessions of the Agriculture Committee.

In addition, a Ministerial Decision on Cotton stressed the vital importance of the cotton sector to LDCs. The decision includes three agriculture elements: market access, domestic support and export competition.

On market access, the decision calls for cotton from LDCs to be given duty-free and quota-free access to the markets of developed countries — and to those of developing countries declaring that they are able to do so — from 1 January 2016. The domestic support part of the cotton decision acknowledges members' reforms in their domestic cotton policies and stresses that more efforts remain to be made. On export competition for cotton, the decision mandates that developed countries prohibit cotton export subsidies immediately and developing countries do so at a later date.

The Nairobi Package also contains decisions of specific benefit to LDCs, including enhanced preferential rules of origin for LDCs and preferential treatment for LDC services providers.

In a similar vein, the Ministerial Conference adopted a decision that will facilitate opportunities for least-developed countries' export of goods to both developed and developing countries under unilateral preferential trade arrangements in favour of LDCs.

The decision in Nairobi builds on the 2013 Bali Ministerial Decision on preferential rules of origin for LDCs. The Bali Decision set out, for the first time, a set of multilaterally agreed guidelines to help make it easier for LDC exports to qualify for preferential market access.

On the LDC trade in services, it was agreed that decision on Implementation of Preferential Treatment in Favour of Services and Service Suppliers of Least Developed Countries and Increasing LDC Participation in Services Trade extends the current waiver period under which non-LDC WTO members may grant preferential treatment to LDC services and service suppliers. The waiver, adopted in December 2011, runs 15 years. The Ministerial Decision extends this an additional four years, or until 31 December 2030.

The waiver allows WTO members to deviate from their most-favoured nation obligation under the General Agreement on Trade in Services (GATS). To date, 21 members have submitted notifications granting preferences to LDC services and service suppliers. The decision also instructs the WTO's Trade in Services Council to encourage discussions among members on technical assistance aimed at increasing the capacity of LDCs to participate in services trade. It also sets up a review to monitor the operation of the notified preferences.

In a declaration during the conference, ministers cited the “pre-eminence of the WTO as the global forum for trade rules setting and governance” and recognized the contribution the rules-based multilateral trading system has made to the strength and stability of the global economy.

In another significant outcome from the Nairobi conference, WTO members representing major exporters of IT products agreed on the timetable for implementing a landmark deal to eliminate tariffs on 201 information technology products valued at over $1.3 trillion per year.

“Negotiations on the expanded Information Technology Agreement (ITA) were conducted by 53 WTO members, including both developed and developing countries, which account for approximately 90 per cent of world trade in these products. The members are to enjoy duty-free market access to the markets of the members eliminating tariffs on these products.

“For every product on the list, ITA participants negotiated the level of reductions and over how many years it will fully eliminate the tariffs. As a result of these negotiations, approximately 65% of tariff lines will be fully eliminated by 1 July 2016. Most of the remaining tariff lines will be completely phased out in four stages over three years. This means that by 2019 almost all imports of the relevant products will be duty free”, WTO emphasised.

Prince Kayode (SAN, CON, FCIArb) is the President of Abuja Chamber of Commerce and Industry (ACCI). He contributes this piece from Abuja and can be reached via [email protected]