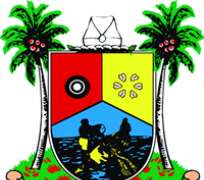 LAGOS, December 7, 2017: The Lagos State Government has lodged an appeal at the Court of Appeal in Lagos seeking to set aside the ruling of an Ikeja High Court in Lagos, which held that the Freedom of Information (FOI) Act, 2011 is applicable to the State even without “domestication”.

In a Notice of Appeal filed by the Lagos State Director of Civil Litigation, Mr. Saheed Quadri, on behalf of the State’s Attorney-General and Commissioner of Justice, the Government is asking the Court of Appeal to set aside the November 28, 2017 ruling by Justice Beatrice Oke-Lawalin a suit instituted against the Government and the State Ministry of Health by Media Rights Agenda (MRA) over its failure to disclosure records and information requested by the organization under the FOI Act.

Justice Oke-Lawal had in the ruling dismissed a preliminary objection raised by the State Government and the Ministry to MRA’s suit and held that the FOI Act was validly made by the National Assembly and applicable to the Government of the Federation as well as State Governments.

The Government and the Ministry are asking the Appeal Court to set aside the lower court’s ruling and dismiss the suit filed against them by MRA to compel compliance with a Freedom of Information request made by the organization in November 2016 to the Ministry asking, among other things, for details and copies of plans put in place by the Ministry to provide the Araromi Zion Estate located in Akiode Area of Ojodu Local Council Development Area (LCDA) with health care services; the timeframe for the implementation of the plans, as well as details of the budgets and costs estimates for the implementation of the plans, if any.

In its Notice of Appeal, the Government contended that Justice Oke-Lawal erred in law when she held that the FOI Act is applicable to the State, claiming that “Notwithstanding the permissible provision of Section 21 of the Freedom of Information Act allowing issues raised pursuant to Section 20 of the same law to be determined summarily, there abounds legions of judicial pronouncement forbidding courts from pronouncing on substantive matter at interlocutory stage.”

The Government accused the judge of failing to restrain herself from “pronouncing on the substantive matter when parties are yet to make their submissions.”

It also claimed that the judge erred in law by assuming jurisdiction when MRA failed to comply with a condition precedent to the institution of the suit and alleged that the organization filed the suit outside the 30 days within which it is allowed to seek judicial review after it was denied or deemed to have been denied the information requested.

The Government and the Ministry have also filed a motion on notice at the Ikeja Judicial Division of the Lagos High Court asking the court to stay further proceedings in the suit pending the determination of its appeal by the Court of Appeal.

Hearing in the matter has been fixed for December 20, 2017 at the Ikeja High Court.