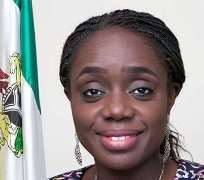 There is a massive financial gap and non-enabling business environment between the government, MSMEs and SMEs. Odimegwu Onwumere unearths that this is affecting the country’s GDP and many of the small business holders lack access to Micro, Small and Medium Enterprises Development Fund; four years after the Federal Government launched the scheme

Those were the words of Franklyn Akinyosoye, President, Association of Business Development Professionals in Nigeria (ABDPIN), while addressing the gap between government and MSMEs at Abuja, Nigeria’s seat of power, October 2017.

Akinyosoye was weeping, saying that there is a moldering gap between small business holders in the country and the government. And the gap is encumbering the economic advancement in the county.

He pointed out that the Business Development Service Providers (BDSPs), which was the answer to the development of MSMEs and SMEs in the country, has been looked down on, thereby making small business holders unconscious of the role consultants play in the sector. That was even as he added, saying that this gap has seen to loss of money on both sides of the government and the sector.

The highlight of this was that in the event that government intervenes in the sector, the money will be lost, said Akinyosoye. But BDSP stands a better ground to reform MSME and SMEs and manage the money very well, given that the body stands to mend the gap between the MSMEs and government.

Those who know better have shown anxiousness why small and medium scale enterprises which are regarded as “engine of growth and catalyst for socio-economic transformation of any country” should be handled with the utmost attention they needed.

For instance, by May 2015, MSMEs was said to had employed 60 million people from a total number of 37 million MSMEs according to the then Minister of Trade, Industry and Trade, Dr Olusegun Aganga, while unveiling the public presentation of the 'new' National Policy on MSMEs and the results of the 2013 National MSMEs Survey in Abuja.

“The reversed national policy served as another direct intervention of this administration to cultivate micro, small and medium enterprises, thereby increasing their contribution to GDP growth which is roughly about 48 percent today," Aganga had said.

He added, “The National MSME Policy envisions an MSME sub-sector that can deliver maximum benefits of employment generation, wealth creation, poverty reduction and growth to the Nigerian economy. This is because everywhere in the world, MSMEs are the biggest employers of labour.”

However, there was the Federal Government introduction of Microfinance Policy in 2005, which yielded little or no result, with microfinance banks in the habit of giving incomplete financing standard to arrest the insufficient access to finance affecting the micro and small enterprises in Nigeria.

There was the Small and Medium Enterprise Equity Investment Scheme (SMEEIS), regarded as a charitable programme of the bankers’ Committee which took off operation in 2001, whereas it was officially inaugurated at its 246th meeting held in 1999. This initiative was to assist in clearing the road, which the Federal Government was looking for direction, in order to address the concerns of the MSMEs.

Checks revealed that the proposal was aimed at enforcing all the banks in the country to put aside 10% of their earnings After Tax (PAT) annually, for impartiality investment and endorsement of small and medium enterprises. Yet, the scheme which was aimed at reducing interests and other financial woes of the business holders did not walk the talk.

In February 2017, many operators in the MSMEs were denied access to enjoy the N220bn Central Bank of Nigeria (CBN) Micro, Small and Medium Enterprises Development Fund (MSMEDF).

For instance, Kuti George, Chairman, Nigerian Association of Small Scale Industrialists, (NASSI), Lagos Chapter with over 3,500 members, expressed concern that none of their members were yet to get the loan, occasioned by the Machiavellian requirement instituted by the government to access the loan.

This intervention fund which the National Bureau of Statistics said was launched on August 15, 2013, stakeholders in the micro business industry were worried in their expression-of-grief that the promise given for the setting up of the fund, which was to recognise the quantum contributions of the sub-sector to the GDP, has been defeated.

Experts lamented that unlike today, the results of the 2013 national MSMEs survey showed that “there are million MSMEs employing 59.7 million persons, contributing 48.47 per cent GDP and 7.27 per cent to exports.”

This result, while it ought to be very useful to policy makers and MSMEs operators, opinion leaders’ views were that the present crop of policymakers, are looking the other way. However, government recognised that there’s an existing financial gap between it and the sector, hence the institutionalisation of the MSMEDF. But four years after, many of the small business holders were denied credit facility for the enlargement of their businesses.

While expressing the bottleneck they have met in approaching the MSMEDF, Alhaji Ali Madugu, Vice President, Small and Medium Industries (SMI), group of Manufacturers Association of Nigeria (MAN), told reporters, “A lot of our members applied but they could not access the fund because there are conditionalities and processes, and you don’t go direct to CBN; you have to apply through commercial banks.

“Conditionalities and processes up to the fourth quarter of 2016, only few of our members said they were able to access the loan.” The stakeholders fingered insincerity on the part of the formulators of the scheme, as the reason the scheme is rigid.

“What is the turnover of an MSME that you want to lend 25 per cent of it? That’s funny. Second, if you are going to buy equipment, they are going to place a mien on it,” said George.

Against this backdrop, those in the authorities have been giving hope to the stranded business holders that they were geared towards reengineering the subsector to be the next phase that would harness the economy. Those who know better on-the-other-hand pointed out that if the authorities should check the lists of those owing banks, they are not the MSMEs.

Rigmarole Of The Authorities

Instead of providing enabling business environment, “Pre-investment approvals and also the kinds of approval that you expect to get from NAFDAC, SON and the support you expect to get from BOI, and I am glad to see that they are all here,” were what the Federal Government sees as its earnest ways of supporting MSMEs in the country as was captured in 2017 SMEs Conference jointly organised by Nigerian-American Chamber of Commerce (NAAC) and the Economic Affairs Section of US Embassy in Kaduna, where Vice President, Prof. Yemi Osinbajo, some governors and ministers sauntered from-side-to-side of booths, where hundreds of MSMEs displayed and publicised their products.

He added, “So, I think that they are a lot more proactive and they are working a lot more on the time it takes to get these approvals. So, that is really one of the most important things about these Executive Orders, just generally getting all of the relevant agencies to quicken the pace of granting approvals for all of these products and I think that we are getting positive results.”

While there is the “Executive Order” for small business owners to obey, the Bank of Industry has not met with the energy requirements of MSMEs in the country.

The bank was rather swaggering that it would boost energy through the provision of N1 billion credit, to enterprises in many sectors. According to the editors of a national broadsheet, "Cost of electricity accounts for about 40 per cent of operational costs for most MSMEs, resulting in very little profit margin, non-competitive products and generally unsustainable ventures.”

When the CBN was yet to grant un-tensioned access to the small business holders, the Bank of Industry sought for praise from the public, by saying that it will take energy in the industry further. The editors nevertheless added, "It has taken renewable energy projects beyond rural communities by including electrification of MSME sector to boost their performance and create jobs and will soon start to disburse the first phase of the loans through banks, micro finance banks and solar energy firms."

In what may turn out to be like the inaccessible MSMEDF, the source went further, saying, “It was further gathered that the bank has structured the loan for disbursement to micro-businesses that needs individual loans less than or equal to the cost of a 5KVA power system and SMEs that need up to N5 million to fund solar energy project."

According to them, “The bank is executing the projects under the United Nations Development Programme, UNDP’s Access to Renewable Energy (AtRE) fund, being managed by the bank to provide micro-grid and stand-alone solar solutions in the off-grid communities across the six geo-political zones in Nigeria.”

In some quarters, it is evidence that some of the persons in the small businesses in the country are just for the money and do not care to improve on their skills.

“I am elated because MSMEs can now have a platform for assessing local, regional and global markets for the development of the sub-sector in Nigeria,” he said.

“This collaboration is very essential to us today because in other for us to encourage MSMEs development in Nigeria, we must partner with organisations like this who have created a unique platform online for small businesses to be seen and accessed from anywhere in the world.”

Moves To Fill The Gap

Looking for ways to bridge the gap that is existing between the Federal Government and MSMEs, the SMEDAN led 26 MSMEs to China Expo 2017, where over 300 SMEs from various countries participated.

The sole aim of the journey by Nigerian delegates headed by Radda was to launch a campaign dubbed, ‘Buy Made in Nigeria’.

The Vice President’s Spokesman, Laolu Akande said on September 4 2017 that the Federal Government would launch one-stop shops expected to kick off between September and October in no fewer than seven states across the country that include Abia, Cross River, Ogun, Akwa Ibom, Kwara, Kano, Benue and the FCT to assist in silkier government supervision and boundary between entrepreneurs and agencies of government.

This programme is a division of the on-going nationwide Micro, Small and Medium Enterprise Clinics for Viable Enterprises (MSME Clinics) commenced by the Presidency in January 2017. According to the Presidency, “The agencies to be housed in the One-Stop Shops are the Bank of Industry (BOI), Bank of Agriculture (BOA), CAC, FIRS, SON, NAFDAC, and the Industrial Training Fund (ITF). Others are the Nigerian Export-Import Bank (NEXIM), Nigerian Export Promotion Council (NEPC), and Small & Medium Enterprises Development Agency of Nigeria (SMEDAN).”

Whichever, a worried Kuti George nonetheless lent his words of advice to the Federal Government saying that if it wants to succeed in the MSMEs, especially with the MSMEDF, it should avoid showing disingenuous to the business holders, but should be serious and draw from the Lagos State Employment Trust Fund (LSETF), which came barely a year and have been able to reach out to over 1,000 small businesses. According to George, “Let the CBN go and learn how LSETF did its own.”

Odimegwu Onwumere is a multiple award-winning journalist based in Rivers State, Nigeria. He contributed this piece via: [email protected]