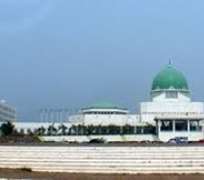 The Centre for Social Justice, Equity and Transparency (CRSJET) have expressed dismay over the lack of depth in parliamentary processes and the inability to appreciate national issues by the current set of National Assembly members.

The Centre particularly took a swipe at the House of Representatives on its recent resolution on the directive of the Army for its officials to learn Nigeria's major languages before the end of 2018.

According to CESJET, it’s ridiculous that a decision by the Nigerian Army to foster unity, harmony and friendly relations between the military and the civilian population particularly those of host communities is being misinterpreted by a section of parliament without any understanding of the constitution which they swore to protect.

The House had in their resolution said should the policy be allowed, it would give a head start to indigenous speakers of those languages, saying it is discriminatory and inimical to the cohesion in the Army.

But, CESJET said Nigerians should as a matter of urgency organize for the training and reorientation of the legislators at the National Assembly and especially the House of Representatives to avoid the faux paux of ridiculous resolutions coming from the chambers most of the times.

Executive Secretary of the center,

Comrade Ikpa Isaac in a press statement made available to this medium in Abuja, said CESJET is making the call in view of the misinterpretation given to the recent advice by the Nigeria army to its personnel in a bid to foster unity among serving officers which has been taken out of context.

The center observed that the recent recommendations and resolutions from the National Assembly and particularly those from the House of Reps are beginning to suggest a lack of grasp of national issues, deficiency in the English language and a grotesque exhibition of laziness in exercising the rigour for successful legislation.

CESJET said it is worried that the recent resolution of the House as reported In DailyTrust Newspapers and others in regards to recent directive by the Army for personnel to enhance national unity and cohesion by learning and communicating in the three major Nigerian languages has been twisted and remounted out of context to give it a slant that stands logic on its head.

The center said the resolution by the parliament is as good as passing a vote of no confidence on the spirit and letter of the 1999 constitution which states Inter alia : "Section 55. The business of the National Assembly shall be conducted in English, and in Hausa, Ibo and Yoruba when adequate arrangements have been made therefor.

56. (1) Except as otherwise provided by this Constitution any question proposed for decision in the Senate or the House of Representatives shall be determined by the required majority or the members present and voting; and the person presiding shall cast a vote whenever necessary to avoid an equality of votes but shall not vote in any other case."

CESJET is therefore alarmed as to the rationale behind the House decision on a well thought/out issue that is meant to cement the good spirit of patriotism, unity and internal cohesion amongst personnel of the Nigerian Army at one end and the larger society which they intend to serve.

The center cautioned the members to learn to conduct their businesses without any form of sentiment so as to serve the interest of the country and called for a constitutional amendment to raise the educational qualification of those eligible to be elected into the House.

"it’s obvious that the educational qualification which admits members into the House is very low and must be raised if we must get the best from both chambers of the National Assembly.

"It will be unfortunate for persons with little or no educational qualification to make laws for the country," he stated.